the Mountain Hawks, once known as the Engineers, had one of the toughest six game stretches of football a team can experience in the opening games of last season...in their first six games they did not score a TD and were held to nine points total...and I thought our offense was struggling!...three of the nine points came against the Spiders in our 31-3 victory at The Brick House...

but that was last season...Hawks Coach Tom Gilmore sounds glad he has that behind him and is optimistic his team has responded well to the adversity...there're lots of starters and experienced players returning...he believes they will be much improved!

Lehigh is picked to finish 5th in the seven team Patriot League...they may well be improved, but this is a game in which the Spiders should still be significant favorites...it's a great opportunity for the team to go on the road and get a well played win...we'll need to win much tougher games on the road later in the season...

Got tix and parking for this one in Bethlehem,PA-Tristan Wheeler’s hometown.Haven’t been back to Lehigh since 1967 as a young high school kid when Smokey Robinson and the Miracles and George Carlin performed.Remember the concert well but no recollection of the post concert party at the Phi Delta house.Brooklyn to Bethlehem is only 82 miles.

Lehigh returns 17 starters, including 10 on defense, led by All-Patriot League honorees TyGee Leach, LaTreil Wimberly and Mikhari Sibblis. Junior Dante Perri returns at quarterback after leading an improved unit to success in the second half of last season. Perri leads an offense that features a wealth of returning skill position players, including Lehigh's top two rushers and seven of its top eight receivers. Villanova went 10-3 last season and is coming off an appearance in the FCS quarterfinals.

Lehigh's offensive improvement in the second half of last season coincided with Dante Perri taking over as the Mountain Hawks' starting quarterback. Perri appeared in nine games as a sophomore with six starts. In his final five games, Perri completed 64 percent of his passes, averaging 228 yards per game and totaling five touchdowns and just two interceptions. He played a major role in Lehigh's three-game winning streak to end the season. At Fordham, Perri completed 27-of-37 passes for 317 yards and two touchdowns, for Lehigh's first 300-yard passing game since 2018. The Philadelphia native was voted one of Lehigh's four captains prior to his junior campaign.

A defensive unit that has grown together during the Tom Gilmore era is expected to be an area of strength for the Mountain Hawks in 2022. Eighteen of the 22 defensive players listed on Lehigh's depth chart have significant game experience. Lehigh ranked third in the Patriot League in both scoring and total defense in 2021 but the numbers improved significantly over the last five games. The Mountain Hawks allowed 60 fewer yards per game in its final five games compared to its first six. Lehigh's projected starting defense features 10 juniors and seniors plus sophomore Logan Jones, who appeared in all 11 games as a first-year, with eight starts. All three of Lehigh's returning All-Patriot League honorees from 2021 reside on the defensive side of the ball: lineman Mikhari Sibblis and defensive backs TyGee Leach and LaTreil Wimberly.

A strong special teams unit helped keep the Mountain Hawks in every game during the 2021 Patriot League season. Lehigh blocked an FCS-best five punts in 2021 and also ranked fifth in the FCS in kickoff return defense, allowing just 14.92 yards per return. Wide receiver Tommy Lewis blocked a team-best two punts, while running back Jack DiPietroblocked a punt against Lafayette which was returned for the eventual game-winning touchdown. Kicker Dylan Van Dusen also returns after converting all 13 extra point attempts and going 10-for-12 on field goal attempts in 2021.

Lehigh's 2022 roster includes 18 seniors, including one fifth-year and one sixth-year. Fourteen of the 18 appear on Lehigh's depth chart (page 10). Tight end Alex Snyder is back for a fifth-year in the brown and white, while linebacker Nate Norris is back for his sixth year due to medical hardship and the COVID-19 pandemic. Norris played his first full season in 2021 and tied with fellow senior TyGee Leach for the team lead with 69 tackles. 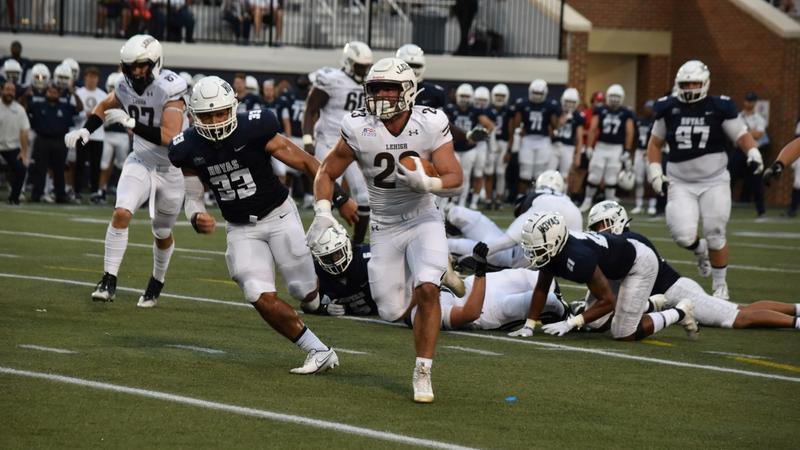 Lehigh raced out to a 21-13 lead early in the third quarter and while Georgetown scored with 1:04 to play the Mountain Hawks stopped the Hoyas' game-tying two-point 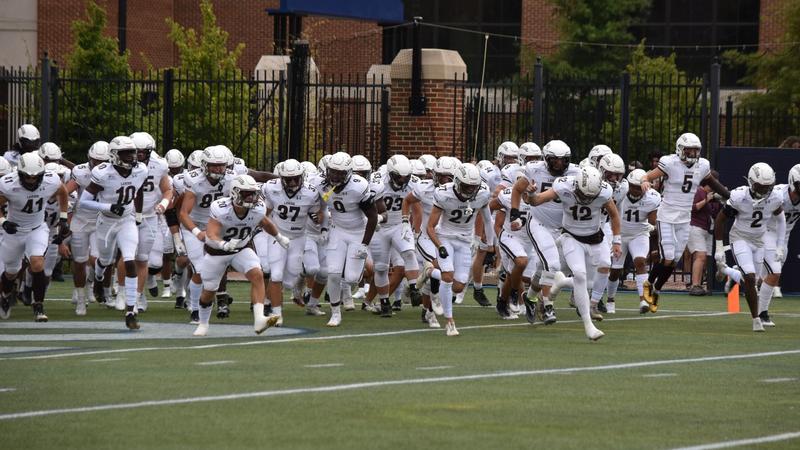 After opening Patriot League play with a hard-earned 21-19 victory at Georgetown last weekend, the Lehigh football team opens its home schedule Saturday as the Richmond

Remember the Fordham game in Rose Hill as part of H and H series.An embarrassing UR loss.

32counter said:
Remember the Fordham game in Rose Hill as part of H and H series.An embarrassing UR loss.

Re Fordham...had to be close to rock bottom of the Huesman era...expecting we're better than that now...Coach has been warning the squad and its fans in every media session this week that this Lehigh team is not the same one we dominated last season...

hoping the players take him seriously...

Most of our guys were not born in 1998
Reactions: KE Spider, mojo-spider and urfan1
I

Have we been the pass happy all year. Lehigh is blitzing every down

I appreciate Spider broadcasts very much. These announcers referred to almost half our offensive skill players as Aaron Dykes. They did so multiple times for Savon Smith, Jasiah Williams, and Milan Howard. They never identified who threw the halfback pass for a Touchdown and they showed the score for the last part of the game at 27-6.
B

What happened to the running game?

SpiderLaw said:
I appreciate Spider broadcasts very much. These announcers referred to almost half our offensive skill players as Aaron Dykes. They did so multiple times for Savon Smith, Jasiah Williams, and Milan Howard. They never identified who threw the halfback pass for a Touchdown and they showed the score for the last part of the game at 27-6.
Click to expand...

You would have thought that they would have a better producer since it was on ESPN+. I agree with you.

bullfrog91 said:
What happened to the running game?
Click to expand...

Bob Black and Chris Anderson said on post game radio broadcast that the Mountain Hawks defensive scheme was to stop the run...they did that well...our offense is designed to take what the other team is giving us...today Lehigh gave us the pass and we threw it 44 times and they couldn't stop it...

Nice Spider turnout on a sunblock day.Team effort from all 3 phases.Our LBs hit hard.The DL had some terrific penetration.Picturesque mountain backdrop of stadium.
Udinski is a cool cat in the pocket.Leroy had a career day.
Reactions: Spider B, spider fan, urfan1 and 1 other person 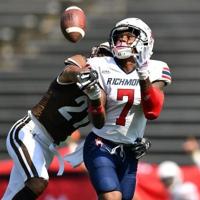 "I think we just did well executing whatever (the Mountain Hawks) gave us."

Six in a row vs. FCS. From a variety of conferences. We are trending in the right direction. Bring on Stony Brook and the CAA.
Reactions: urfan1
C

Best game of the year so far for the young DL. If they develop this can be a good defensive team. Udinski brings a great veteran presence and really controls the game. We used the short passing game to keep the chains moving. We’ve got a good group of rbs and wrs.
Reactions: KE Spider, DTSpider, mojo-spider and 1 other person

Great win - after we got to 20 to 0 so quickly was thinking if this were to continue we would win by 50, but no surprise Lehigh made some adjustments to stop our contant short pass completions. Think at one point Udinski was 15 for 15 - finished 37-44 with 351 yards with an average of 8 yards per pass. Savon Smith's pass caught the defense flat footed for a Spider touchdown. Agree that Udinski does a terrific job of directing the offense.
Reactions: mojo-spider