I am not certain where to post this, but there was a active shooting last night on UVA campus. The shooter targeted existing members of the UVA football team, three were fatally shot and two were wounded. Announcements were made by family members. The three were Lavel Davis (WR), DSean Perry (LB), and Devin Chandler. The two wounded, from Louisiana, were RB Mike Hollins and WR Dontayvion Wicks. The shooter was identified as Christopher Darnell Jones Jr., a former walk-on forUVA football.

Our thoughts and prayers are with the UVA community. 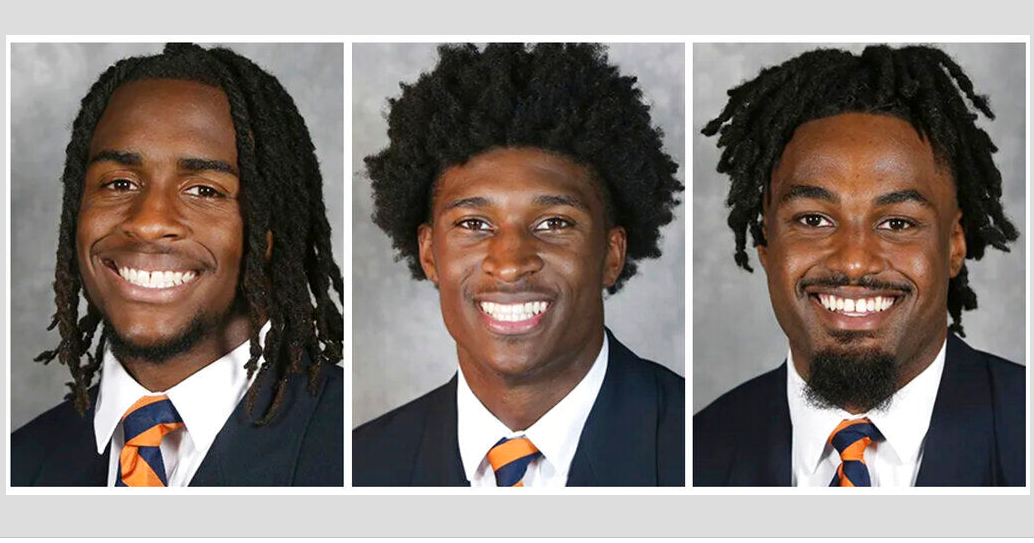 This is continuing coverage of a shooting that killed three at the University of Virginia Sunday night and the arrest of Christopher Darnell Jones Jr. Monday in Henrico County.» UVa

The students were returning from a field trip.

The suspect is in custody.

Per Mike Hollian's father:
“The doctors said he’s going to recover,” Hollins said. “They said because of his age and physical condition, he’s doing exceptionally well.”
Hollins said his son and other U-Va. students were in Washington on Sunday as part of a class field trip. Hollins said officials told him the alleged shooter carried a gun on the bus while on the field trip with the other students, and when they returned to campus, he began firing at his classmates on the bus.
“He waited until they all got back to Charlottesville, and he just shot up the bus,” Hollins said.
Hollins said his son is expected to graduate next month with a degree in entrepreneurship and African American history, but was expected to continue to play football for Virginia, as he worked on obtaining his master’s degree at the school."

virginia.sportswar.com
You must log in or register to reply here.