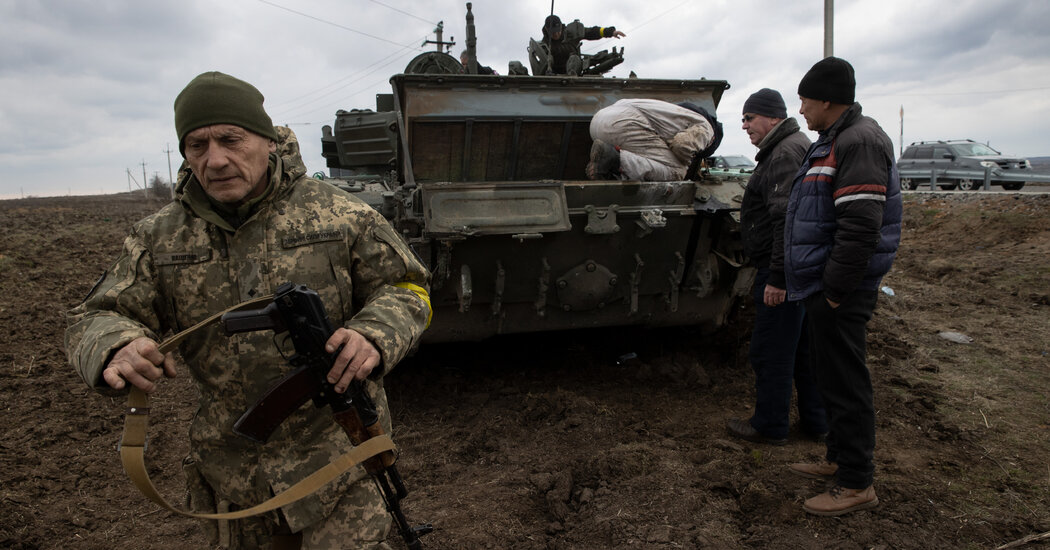 The official said that Russian forces were “struggling on many fronts,” and that there were indications that some troops had been evacuated with frostbite.

I would take Poland over Russia on a neutral field.
Reactions: Gallipoli

Mo 2.0 said:
I would take Poland over Russia on a neutral field.
Click to expand...

At this point, I would say the Poles can crush the Russians, that is if Biden would ever cut them loose. Given the abject subjugation the Poles suffered under Russians, the Poles would be very motivated to kill Russians.

Well aware this is the off-topic posting area- but also aware that this site is primarily a
sports centric site, I’m a little in easy with a Poland vs Russian war game.
Are we going to be posting odds?

AnnapSpider said:
Are we going to be posting odds?
Click to expand...

I am certain there are Polish army personnel "advising" the Ukrainians.
I would bet on a Polish army over a Russian army.

Agree. Russian army appears to be a paper tiger. Can't take care of the basics:


Given size and capability of their air force, they should have been able to control the sky from Day 1......unbelievably, not yet,​
​
Logistical support for their offensive thrusts woeful at best, disastrous at worst,​
​
Insecure communications a major factor leading to the deaths of several generals and thwarting many of their offensive maneuvers. Often using open cell phones to communicate. Unbelievable.​
​
Shocking level of ineptitude. Basic fighting fundamentals that one would think should have been nailed down before kicking off an unprovoked invasion of a sovereign country.

Don't like war, but enjoying seeing their asses being kicked while heartbreaking to see innocent civilians being indiscriminately killed. Putin should be tried for war crimes.


Given size and capability of their air force, they should have been able to control the sky from Day 1......unbelievably, not yet,​
​
Logistical support for their offensive thrusts woeful at best, disastrous at worst,​
​
Insecure communications a major factor leading to the deaths of several generals and thwarting many of their offensive maneuvers. Often using open cell phones to communicate. Unbelievable.​
​
Shocking level of ineptitude. Basic fighting fundamentals that one would think should have been nailed down before kicking off an unprovoked invasion of a sovereign country.

Don't like war, but enjoying seeing their asses being kicked while heartbreaking to see innocent civilians being indiscriminately killed. Putin should be tried for war crimes.
Click to expand...

I don’t know how much is propaganda, but if some of the Russians thought they were just going on a military training assignment, and didn’t even know they would have to kill or be killed, it’s truly a very sad thing that so many
deaths are to be totally blamed on a sick dictator.

AnnapSpider said:
Well aware this is the off-topic posting area- but also aware that this site is primarily a
sports centric site, I’m a little in easy with a Poland vs Russian war game.
Are we going to be posting odds?
Click to expand...

After reviewing the Russians' advanced weapons, analysts found that the Russians are once again second best in Ukraine.

"Investigators said they were shocked by Russia’s apparent indifference to having so many weapons that an adversary could potentially reverse-engineer.

"This is late 1990s or a mid-2000s level of technology at best,” Arsenio Menendez, a NASA contractor who reverse-engineers guided weapon components as a hobby, said after examining photos of Russian military electronics taken by the researchers. “It’s basically the equivalent of an Xbox 360 video game console, and it looks like it’s open to anyone who wants to take it apart and build their own copy of it....

The Russian navigation system resembles the open-source architecture of GPS receivers, which is not subject to federal restrictions regarding the sale and export of defense articles, he said.

“A team of college electrical engineering majors could build this,”

How Russia Uses Low Tech in Its High-Tech Weapons

Investigators who examined the electronics in Russia’s newest cruise missiles and attack helicopters were surprised to find decades-old technology reused from earlier models.

Outgunned and outmanned, the Ukrainians have been able to penetrate more than 30 miles into Russian held territory outside east of Kharkiv. This proves that it is not the dog in the fight, but the fight in the dog.
"
"Ukrainian troops have advanced 50 kilometers (31 miles) into previously Russian-occupied territory near Kharkiv, according to a briefing from Brigadier General Oleksiy Gromov, a representative of Ukraine's general staff.

Gromov claimed Ukrainian forces have recaptured "700 square km (435 square miles)" since their attack on the Kharkiv front, in northern Ukraine, began earlier this week. He added that "more than 20 settlements have been liberated" as a result of the operation.

If confirmed, it would be a major victory for the Ukrainian military, which is currently making advances against occupying Russian troops on a number of fronts." 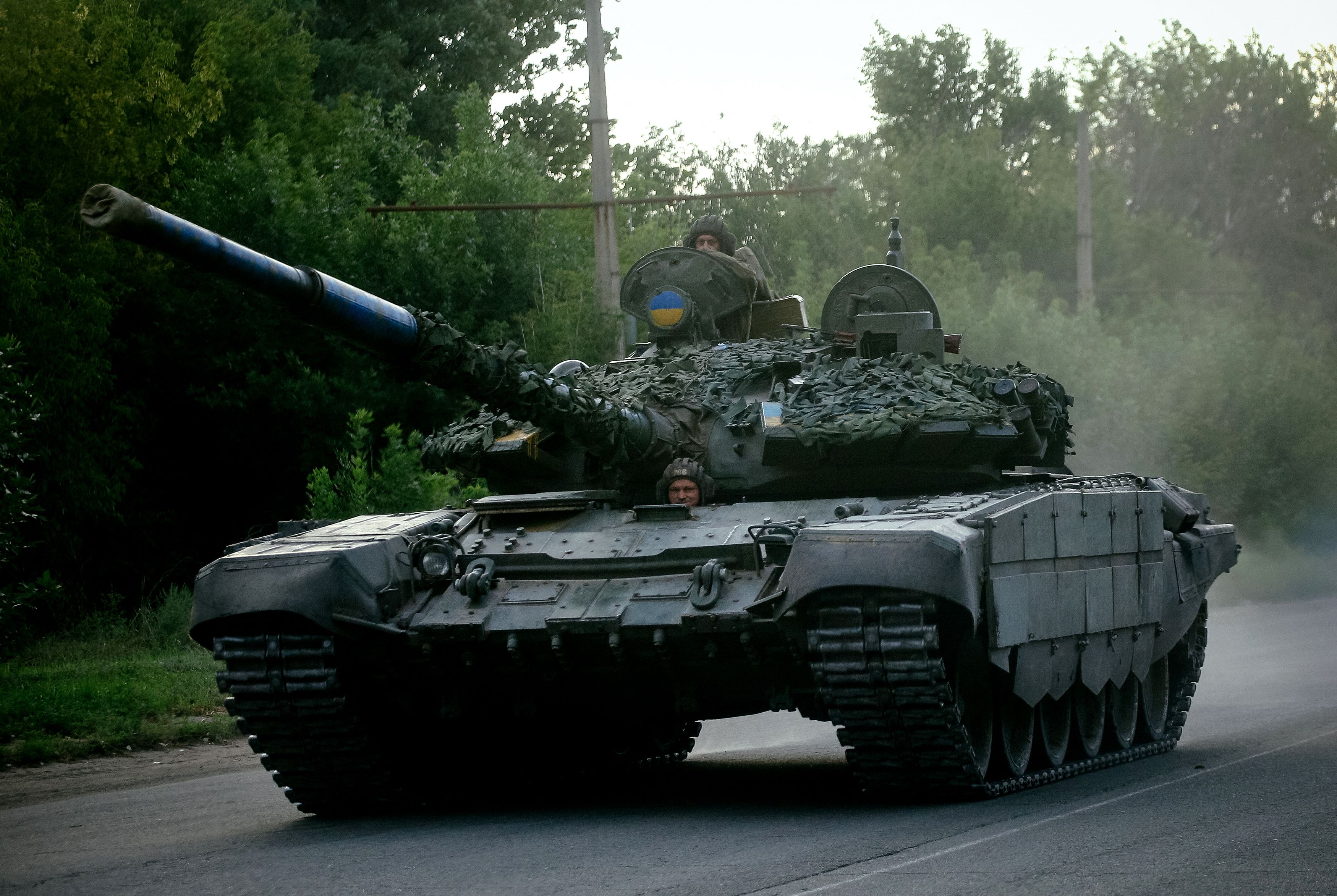 For those of you interested, this system provides maps describing the ebbs and flows of the fight in Ukraine.

Explore and download satellite, aerial and drone imagery of the Earth.

This guy aggregates open source data. For example, Russian milbloggers have said the Ukrainians are already in Kupiansk. The Russian administrators have fled.

I don't know, but 60 miles through a gap in the lines sounds like a breakthrough.

"Note that this is a very conservative estimate of the advance so far. I have a list of 20+ other settlements in this area awaiting confirmation.

With so many claims I would rather be cautious, I'm sure we will get clarification in the coming days."

This was posted by a Russian milblogger on his Telegram blog. If you click on it hit translate, if you use Google.

"the Armed Forces of Ukraine have completely outplayed the command at the moment, I will not say which district in operational art. Let those who should deal with this, I'm not going to give my assessments, let alone pour water on the enemy's mill. Izum prepares for battle. We wish good luck to our soldiers, veterans, ordinary soldiers and officers. The enemy is preparing a strike not only from the north, but also from the south. In the area of n / a Valley, reserves are accumulating, the enemy is deploying tanks in attacking formations..."

This confirms the breakthrough. The Russkies have finally admitted that the Ukrainians have made substantial gains. The Russians fell for the head fake...

"Ukrainian officials say Russia moved thousands of troops south to respond to the Kherson advance, leaving other parts of the front line exposed and creating the opportunity for the lightning assault.

"We found a weak spot where the enemy wasn't ready," presidential adviser Oleksiy Arestovych said in a video posted on YouTube."

Russian state television broadcast an interview on Friday acknowledging that Kyiv had achieved a "substantial victory", after Ukrainian forces burst through the frontline in a lightning advance.

This guy, Grigor, sounds depressed. He is right. The Russians have 2 days to retreat or they will be annihilated. Again, you have to translate.

This is interesting. This shows the Ukrainian breakthroughs in real time.

Several sources claim that Ukrainian troops have captured a top commander in the West. 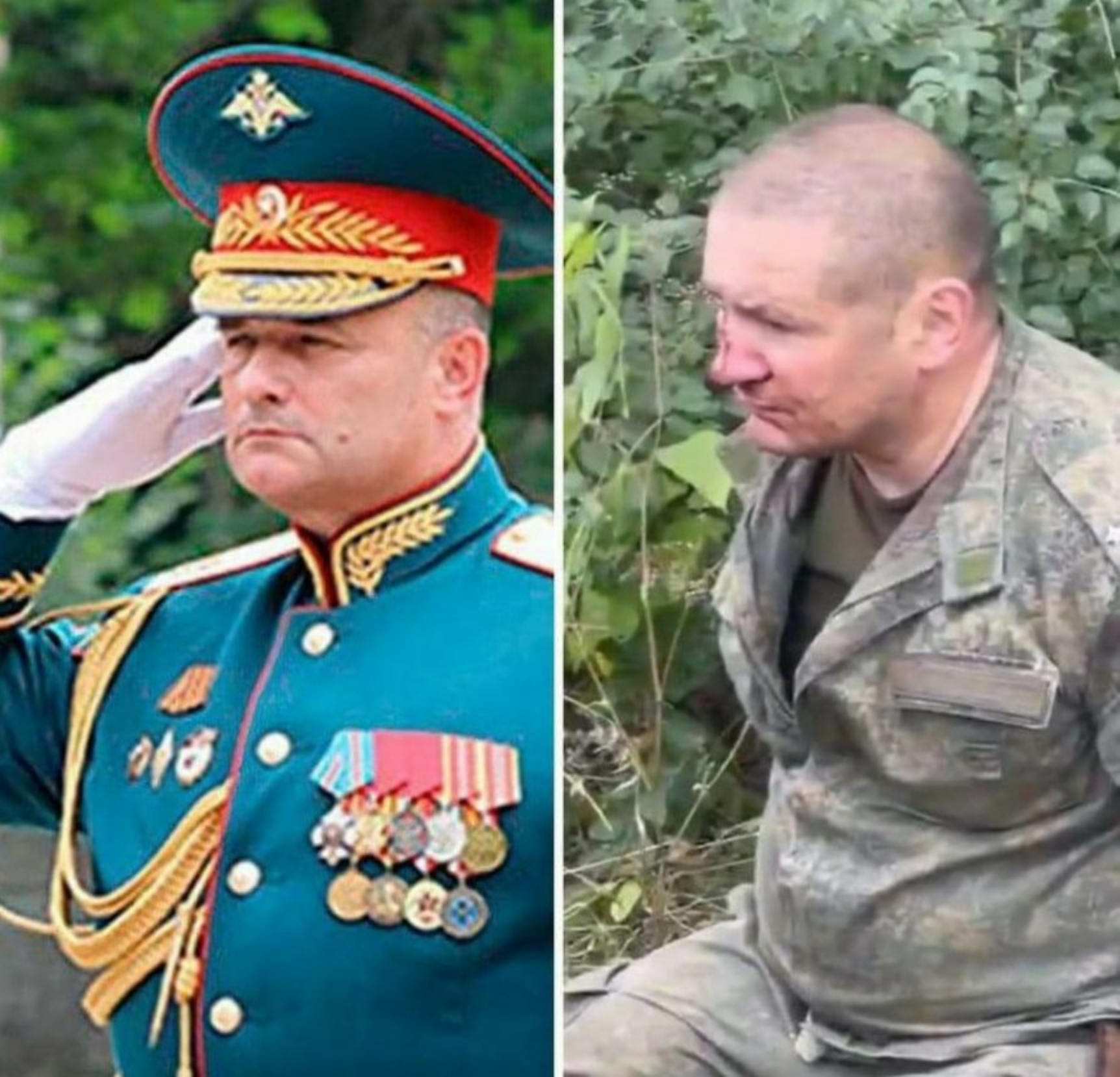 Social media users were among those who speculated Lieutenant General Andrei Sychevoi had been captured by Ukraine.

This is an English translation of a Russian milblogger. He espouses the doctrine of Russian war that attacks on hospitals and the wounded are fair game.

"Today, the RF Armed Forces are inflicting massive strikes on Kharkov , withdrawing congestion sites and basing areas of various formations one after another. For a long time the regional center has not been bombed so powerfully.

And yes, they also covered the hospital, where many wounded of the Armed Forces of Ukraine accumulated, rushing to Balakliya , Izyum and Kupyansk . The hit is extremely effective.

Once again, we want to express a timid hope: we hope that a fundamental decision has been made to stop playing war and engage in the complete destruction of the enemy without moral and spiritual anguish."

This is from the same milblogger, Grogor/ Strelkov.... Ugledar in Ukraine, is right at the elbow of Russian control of the land bridge between Crimea and Russia. It is about 200 miles north of Mariupol. If the Ukrainians can attack there, they can sever Russian lines in half and completely isolate the Western theater from Russia.

"There is a growing wave of reports about the concentration of enemy forces in the Ugledar direction. (They come to me too, I take not only from the Internet)...

In our country, as far as I know (firsthand) - in this area the picture is not much different from the one that took place in the Balakleya [this the the Khatkiv counter attack] region a week ago. I can’t give details, who needs it - I informed.

From the enemy's point of view, a strike in this direction is quite logical - until the command of the RF Armed Forces managed to withdraw reserves there from the abandoned Kharkov region. And it promises excellent prospects - with a breakthrough to the coast of the Sea of Azov and directly to Volnovakha and Mariupol."

This is interesting- it appears that Russian troops are abandoning positions and trying to surrender outside of Kherson...

"Satellite imagery of known Russian positions in Kyselivka, 15km northwest of Kherson City, shows that all but four Russian vehicles have departed from previous forward positions, consistent with rumors that Donetsk People’s Republic (DNR) troops have abandoned Kyselivka and moved back towards the Dnipro River....this compromises the Russians’ ability to defend the northwestern outskirts of Kherson."

"Russian forces located along the right bank of the Dnipro River in Kherson Oblast are attempting to negotiate for surrender under the auspices of international law."

Institute for the Study of War

Ukraine’s southern counteroffensive is continuing to have significant impacts on Russian morale and military capabilities in southern Ukraine. Satellite imagery of known Russian positions in Kyselivka, 15km northwest of Kherson City, shows that all but f

The same guy is now calling for self-mobilization of the population by localities to "recruit" soldiers into Russia's armed forces. In the US, it would be like the city of Harrisonburg passing an ordinance requiring local residents to join the army. Then he proposes that Chechens handle the round-up... The problem is Putin listens to this guy.

"That is - start catching the "chosen thousand" on the streets of their settlements, "mobilize" them with their own local legal acts...

The US is heavily considering providing tanks to the Ukrainians.


To support tanks, they will need training, maintenance support, and spare parts. In addition, they will need air cover. We need to provide the Ukrainians with F16s and A10s. The US has a couple of thousand of F16s lying around.

"The US Air Force currently retains close to 1,200 F-16s in active service - slightly more than half of their total inventory. Most of the inactive aircraft were either lost due to attrition (more than 400 airframes), or where placed in storage in the Boneyard at Davis-Monthan AFB (more than 300 airframes)....Quite unique for the USAF is the heavy use of retired F-16s as ground instruction aircraft (77 aircraft)."

www.f-16.net
You must log in or register to reply here.

US Parts in Russian Missiles

The Fight in Ukraine and its Heroes