Sorry but watching the USFL is as painful as watching Curling unless of course the Scandinavian women are participating.
Reactions: KE Spider

I’m finding this Lauletta following becoming kind of sad. His love of the game
is obvious. But hoping and wishing he becomes a top NFL qb because we loved him at
Richmond doesn’t mean he will.
Sometimes, heroes move on.

Philly article on Kyle continuing to follow his NFL dreams with the USFL audition. (So far, not so good.) 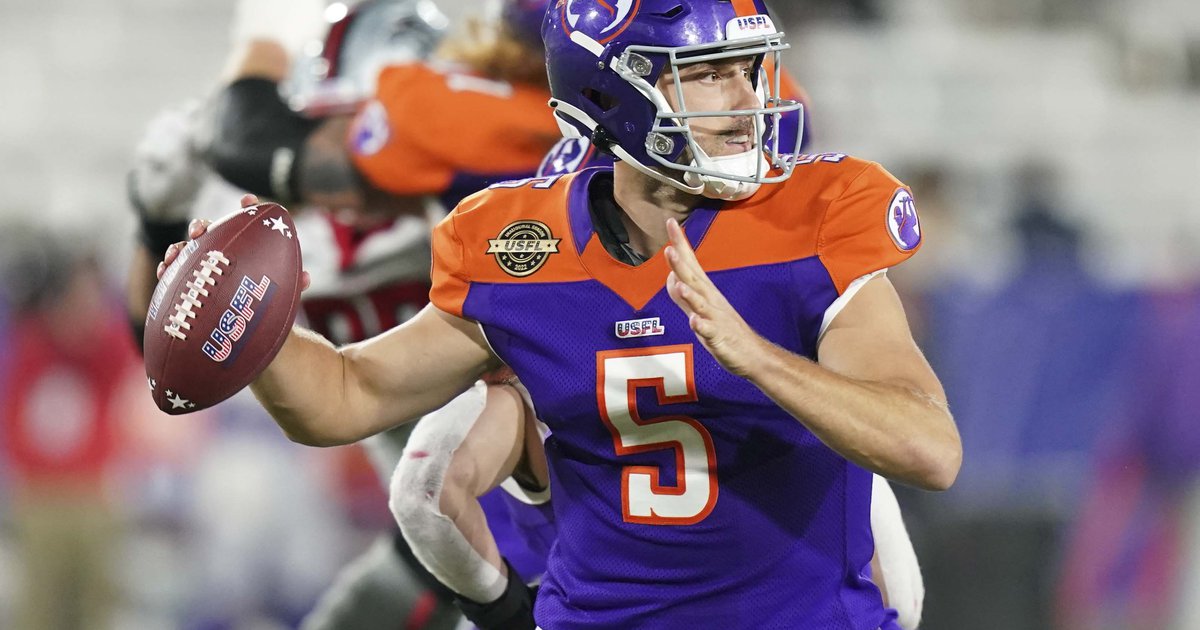 In late-March, Kyle Lauletta found himself on a seven-hour journey to another journey, driving from Jacksonville, Florida, to Birmingham, Alabama. Lauletta, the 2013 Downingtown East High graduate and former University of Richmond star who was the New York Giants’ fourth-round pick in 2018...

Ha! Lauletta and Lee together again...what irony...wasn't the last time these guys were in the same stadium the biggest day in the history of JMU since Dolly married James?

Not going to help Kyle's case that they couldn't get anything going with him under center in the first quarter and then Vad came on and eventually led them to their first win of the season with a game-winning final drive.

The Pittsburgh Maulers scored their first victory of the 2022 USFL season, as new quarterback Vad Lee hit Bailey Gaither for the game-winning touchdown on the last play of the game to down the Houston Gamblers, 21-20.

The Maulers had a new quarterback this week, as Lee took the majority of snaps under center after being signed less than a week ago. He completed 19 of 32 passes for 170 yards, two touchdowns and one interception. The brand new signal-caller gave the Maulers the best quarterback play they have had all season, and Gaither certainly benefitted, as he caught eight passes for 108 yards and two touchdowns.

Generals lose so their season is over.This is likely it for Kyle’s playing career.
Last edited: Jun 26, 2022
You must log in or register to reply here.