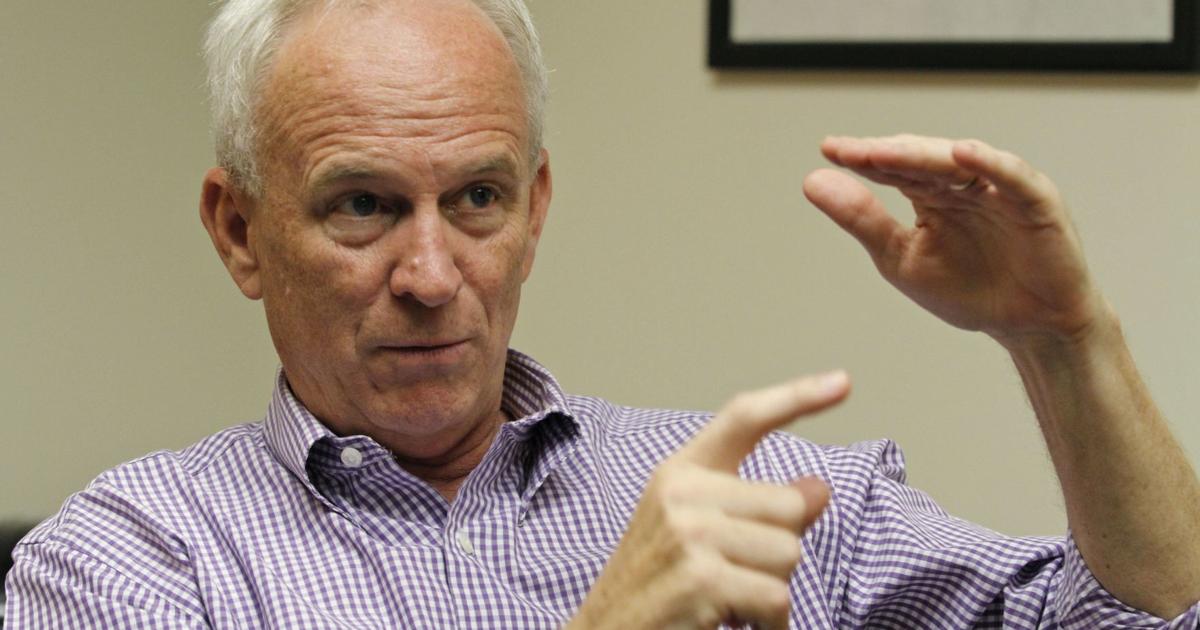 "However long I’m here, I’m hoping it’s perceived as valuable to the institute and to the superintendent.” Wish he still was at UR.Maybe he’s just warming up to come back.

Best of luck to Jim in his new AD role.
Reactions: Captain Anderson, KE Spider, urfan1 and 1 other person

10-year extensions for everyone!
Reactions: DTSpider, Mo 2.0 and spider23

Well looks like VMI has a more competent AD than we do currently.
Reactions: GKiller and whampas

Too bad we aren't in the market for an interim AD
Reactions: DTSpider, 97spiderfan and Ferrum Spider

I am sure that will be a nice little paycheck in the "interim".

Ferrum Spider said:
Well looks like VMI has a more competent AD than we do currently.
Click to expand...

You should go back to the Jim Miller days and see the posts about him. He was constantly attacked.
I guess history heals all wounds.
Reactions: Gallipoli

Or successors incompetence making you realize it wasn’t so bad. I actually was a fan of him. Outside of the soccer/lax debacle which was more above his head anyway i don’t really have any complaints. People upset about the 10 year contract woulda been pissed had we let Mooney walk after 2011 and had the same results 2012-now. Certainly not perfect, but also not a byproduct of nepotism.
Last edited: Oct 2, 2021
Reactions: wr70beh and Mo 2.0

Ferrum Spider said:
Well looks like VMI has a more competent AD than we do currently.
Click to expand...

We must get rid of Jabba.
S

I never had a problem with Miller. AD's main job, especially at a mid-major/stepping stone school like UR is to make sure you continue to hire good coaches and be successful in your main sports. I think he did that during his time at UR. I believe he hired London and Clawson, both successful football coaches at UR. He did hire Latrell Scott - but give him credit - he immediately fired him following his issues.
He hired JW, who did lead us to big wins and NCAA tourney. Then he did hire Mooney, who during his time - took us to two NCAA appearances.
Some will argue the 10 year contract was a mistake. I don't think so. He did what was needed to keep Mooney. The mistake with the 10 year deal is the unwillingness to get out of it - which does not fall under Miller. I think if it was VCU and Shaka stayed at VCU like Mooney did - they would have fired Shaka following his 5th or 6th year of no NCAA appearances. And I agree - if he let Mooney walk, everyone would have been upset of that happening.
The soccer/LAX decision I think was above him based on donors and money and I think by that time Miller already had one foot out the door so he was not too concerned with that decision in the long run because I think he knew he wouldn't be around to deal with it.
Overall - I think we could all agree he had a successful run as UR AD.

my issue with any 10 year contract is that I can't see it being necessary. I'm sure schools showed some interest in Mooney at that time. but I think we're just as likely to retain him then with a strong 5 year extension. he wanted to stay.

Mid-major schools losing coaches to larger schools happens every year. It's life. At the time, yes, no one wanted to lose Mooney, but we also didn't need to hand him the keys to the castle for the rest of his life with no way out just to keep him, which apparently is what Miller did. If you're going to commit to that long of a deal, you need to give yourself a soft landing opportunity if things go south after 5 or 6 years. Apparently there was no such provision. I'd say it's the AD's job to plan for best- and worst-case scenarios. If you can't implement a worst-case scenario plan that allows for an out, then I would argue you don't offer the deal to begin with. That's always been my problem with it.
Reactions: 8legs1dream
S

I have said this many times before - if you offer someone a 10 year contract at basically 1 million a year - the only way you offer that is if you have the money to get out of it as well.

I believe UR has the money and could have paid to get out of it - but chose not to. Why? Cause athletics are not that type of priority at UR. Would it have cost a lot of money in the short term - of course. You might have been paying Mooney $1 million not to coach, and then have to pay a new coach probably 750-1 million as well. So yeah - short term, it hurts the bank account - but long term your thinking, if we can back to the NCAA quickly - we will make that money back ten fold.

So is that Miller's fault - I don't know. But I think when the 10 year deal was made, they should have been thinking in the back of their heads - in 6 years - if we need to get out of this deal, are we willing to pay 4 million + hire a new coach to do so? If the answer is NO - then you don't offer that deal. And I would hope - with a pretty good business school on Campus - they would be able to ask and answer this simple question before handing out a contract like that.
Reactions: Zeeter, Mo 2.0 and Eight Legger

Good for Jim and good for VMI.
Reactions: urfan1 and plydogg

Figured he would hold out for a 10-year deal.
Reactions: mcspider, whampas, plydogg and 4 others
You must log in or register to reply here.

Should We Play The Dukes?

First woman referee to officiate a game in the Robin Center