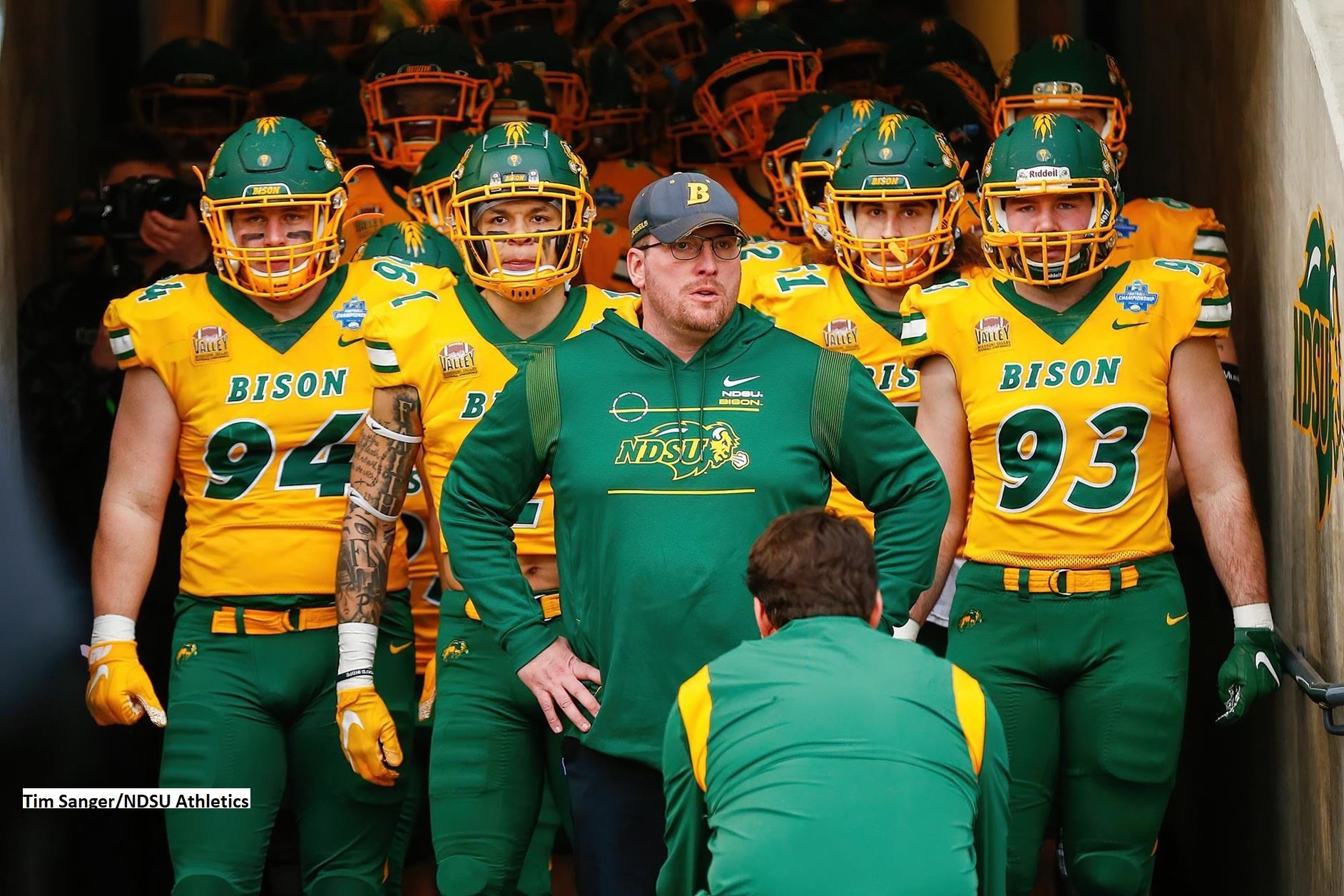 Everybody in FCS college football is still chasing national champion North Dakota State in our way-too-early look to a 2022 preseason top 10.

Lookahead to 2022 FCS Football Season: Part I | The Analyst

From the ASUN to the NEC, this is the first part of a conference-by-conference lookahead to the 2022 FCS season. 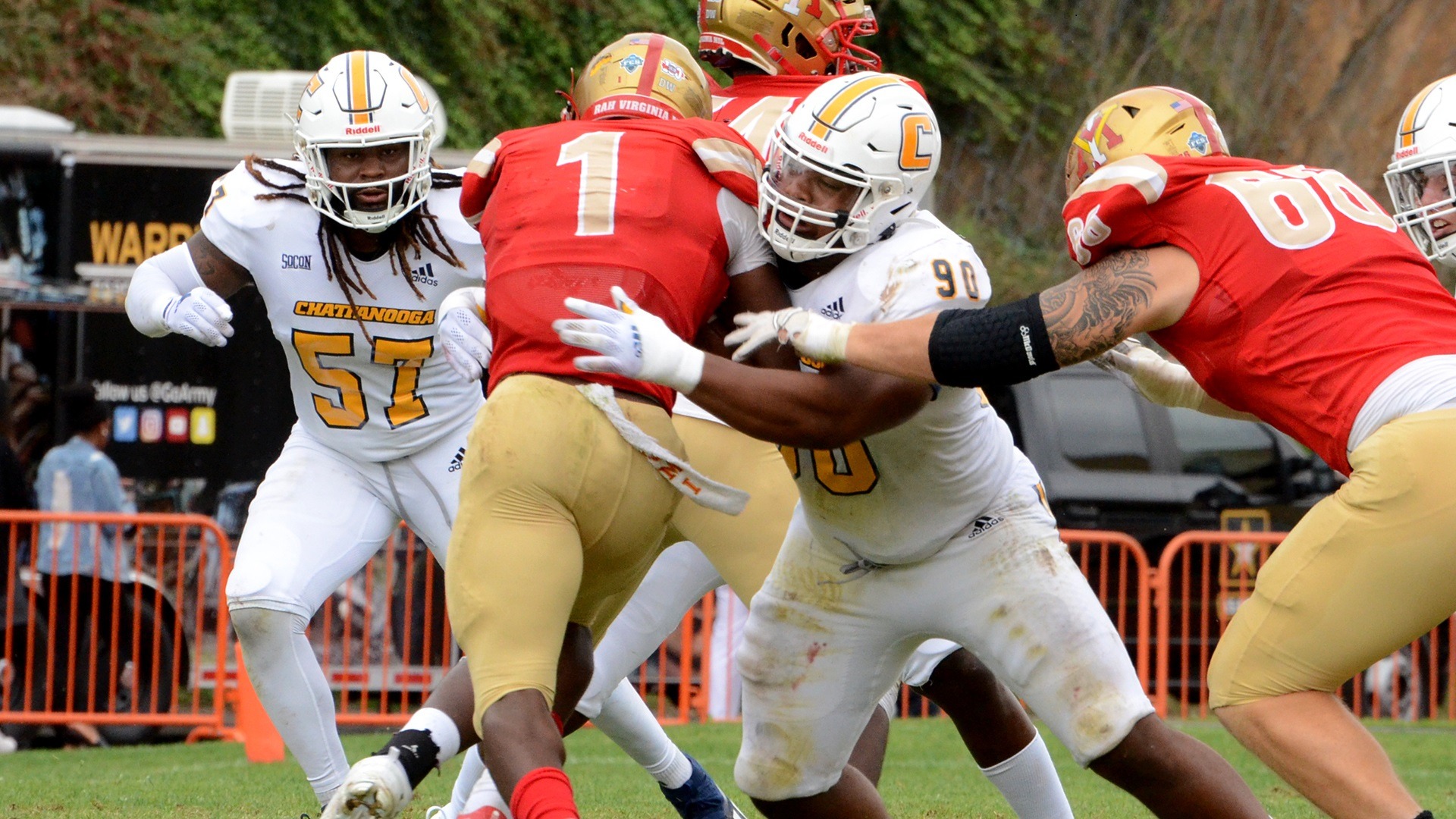 From the OVC to the WAC, this is the second part of a conference-by-conference lookahead to the 2022 FCS season. It's May and the FCS playoffs aren't until November, but that doesn't matter because we predicted the 24-team 2022 FCS playoff field anyway. 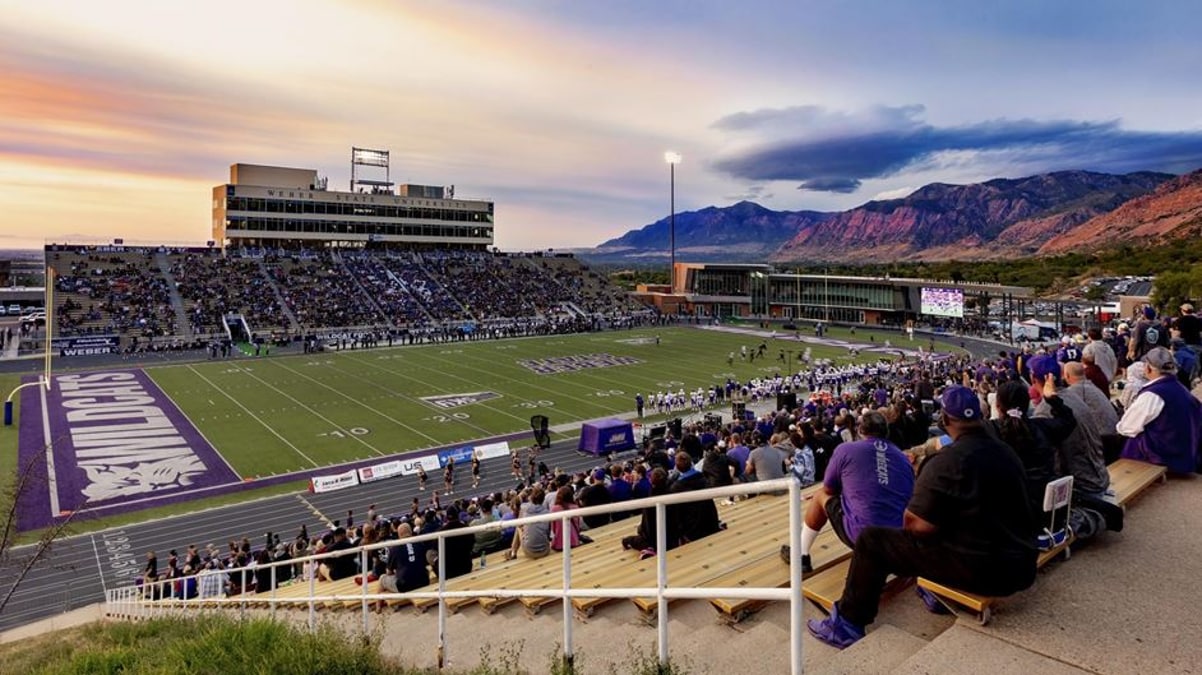 This is a group that will either get preseason ranked too low or not ranked at all that have a good shot to rise in the fall.

Richmond had a stout defense in 2021, allowing 20.0 PPG to rank 21st in the FCS. The Spiders won their final four games of the season to finish 6-5, but an average offense scoring just 24.0 PPG left them some wins short of reaching the playoffs.

The defense will be strong again despite losing standouts like LB Tyler Dressler to the NFL and Kobie Turner to Wake Forest. Richmond returns its No. 1 tackler Tristan Wheeler (114 total tackles) and No. 3 tackler Aamir Hall (60).

What makes Richmond intriguing this year is the offensive transfers it brought in. VMI All-American WR Jakob Herres is now on the roster. The 6-foot-4 target recorded 72 catches for 1,091 yards and eight TDs in 2019, 80 receptions for 978 yards and eight TDs in the spring (eight games), and 47 catches for 500 yards and five TDs last season (eight games). The Spiders also brought in QB Reece Udinski, Herres’ VMI teammate from 2018 to the 2021 spring before Udinski transferred to Maryland in the fall. Herres helped Udinski set multiple VMI passing records.

With JMU out of the CAA and Villanova losing a star-studded senior class, Richmond looks like it now has the balance to be a Top 2 team in the CAA this fall, if not the No. 1 team.
Reactions: spider fan and mojo-spider

Transfer Quarterbacks to Know For the 2022 FCS Season | The Analyst 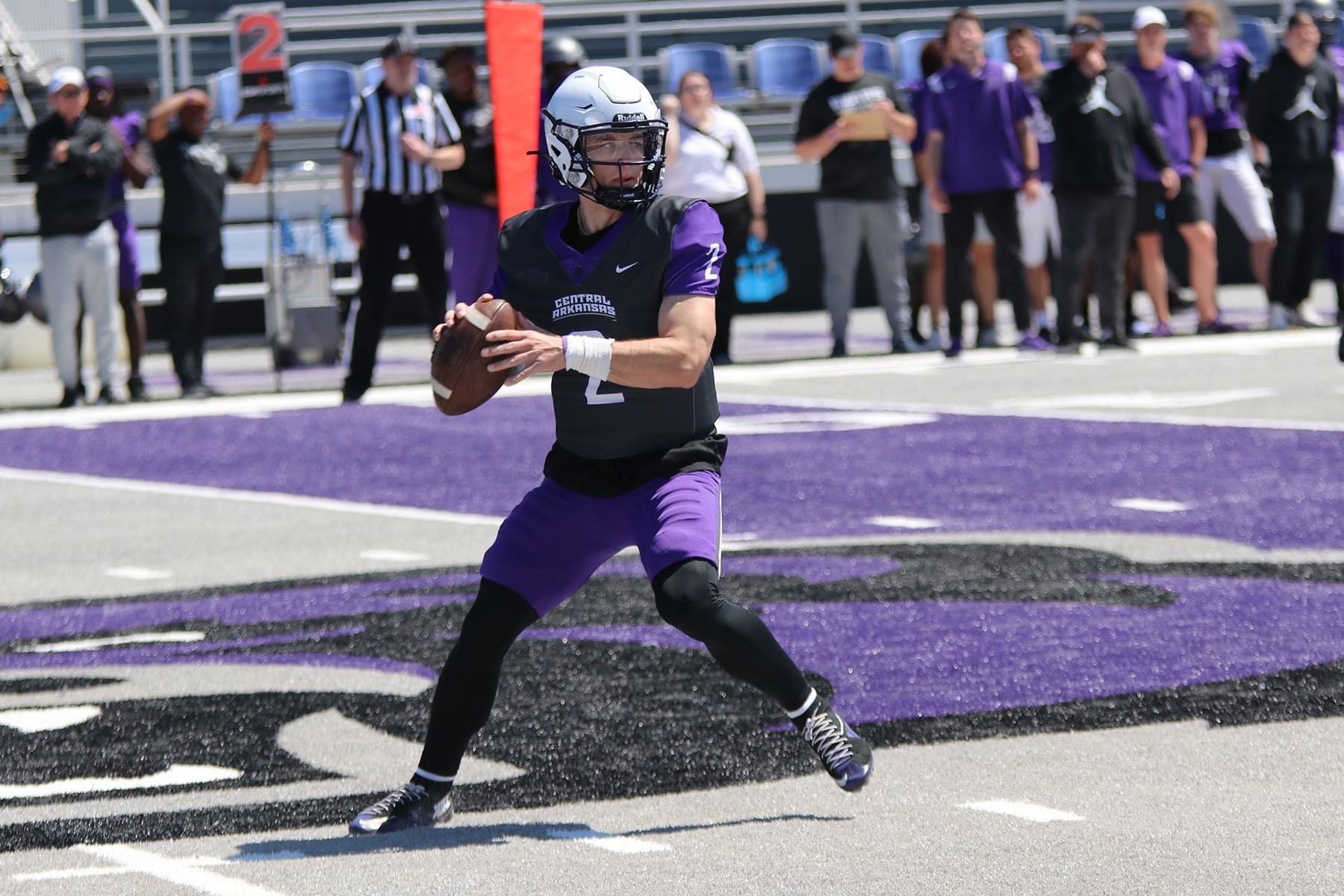 Transfer Quarterbacks to Know For the 2022 FCS Season | The Analyst 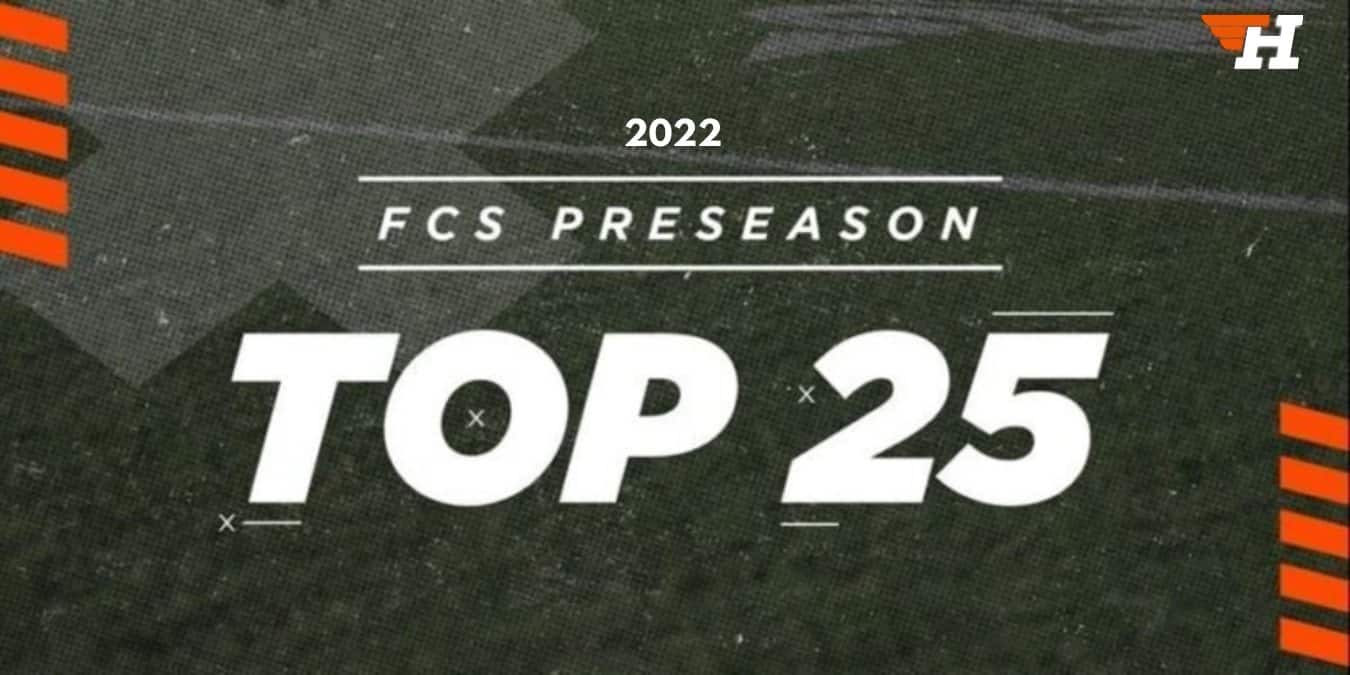 The 2022 FCS season is just around the corner. We look ahead to the upcoming year with our preseason Top 25.

“Richmond head coach Russ Huesman is looking to guide the Spiders to their first FCS playoff appearance since 2016’s run to the quarterfinals, though it should be noted that spring 2021 was a raw deal for a UR team with postseason potential, as it was stuck in the makeshift, miniature CAA South division owned by then-top-ranked James Madison. Fall 2021 (6-5 overall) was a step back, but the loss of QB Joe Mancuso to injury just in time for key conference games against Elon and JMU (both losses) one week after dropping a CAA-opening shootout at Villanova did not help matters. Although the Spiders lose All-CAA LB Tyler Dressler, returning is a counterpart at the position in 2021 HERO Sports FCS Third Team All-American Tristan Wheeler. The story here, however, is on offense, where newly installed offensive coordinator Billy Cosh reunites with two monsters from his VMI days in QB Reece Udinski (Maryland transfer and former VMI standout) and All-American WR Jakob Herres (VMI grad transfer).”
Reactions: CarolinaSpider, urfan1, mojo-spider and 1 other person 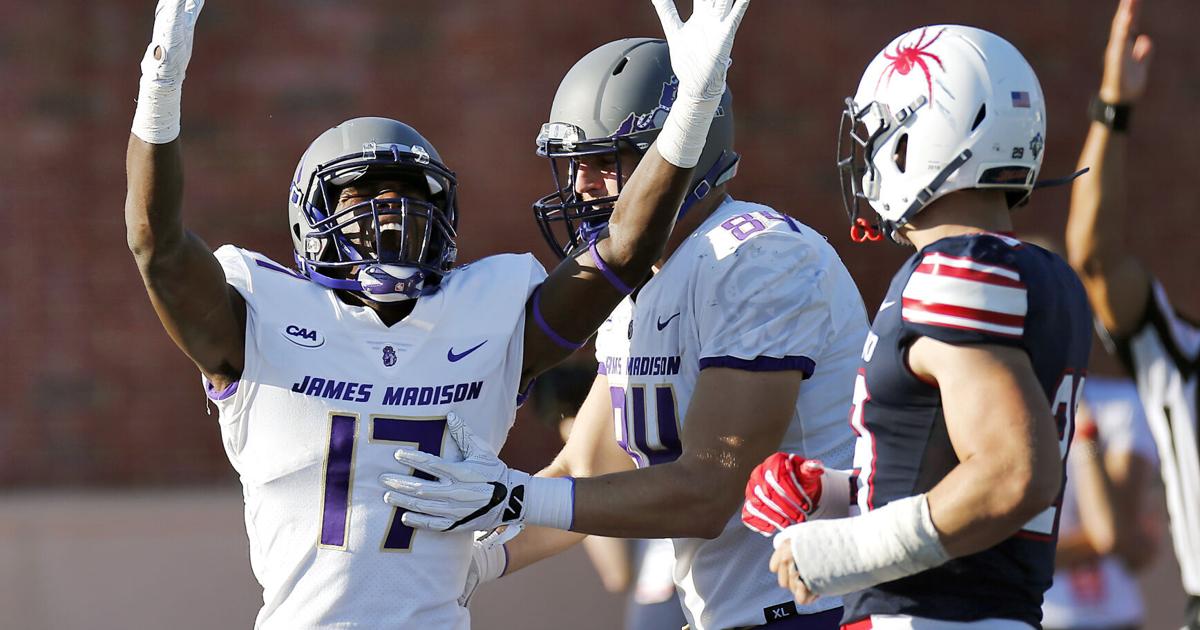 Haley has UR outside Top 25-no surprise 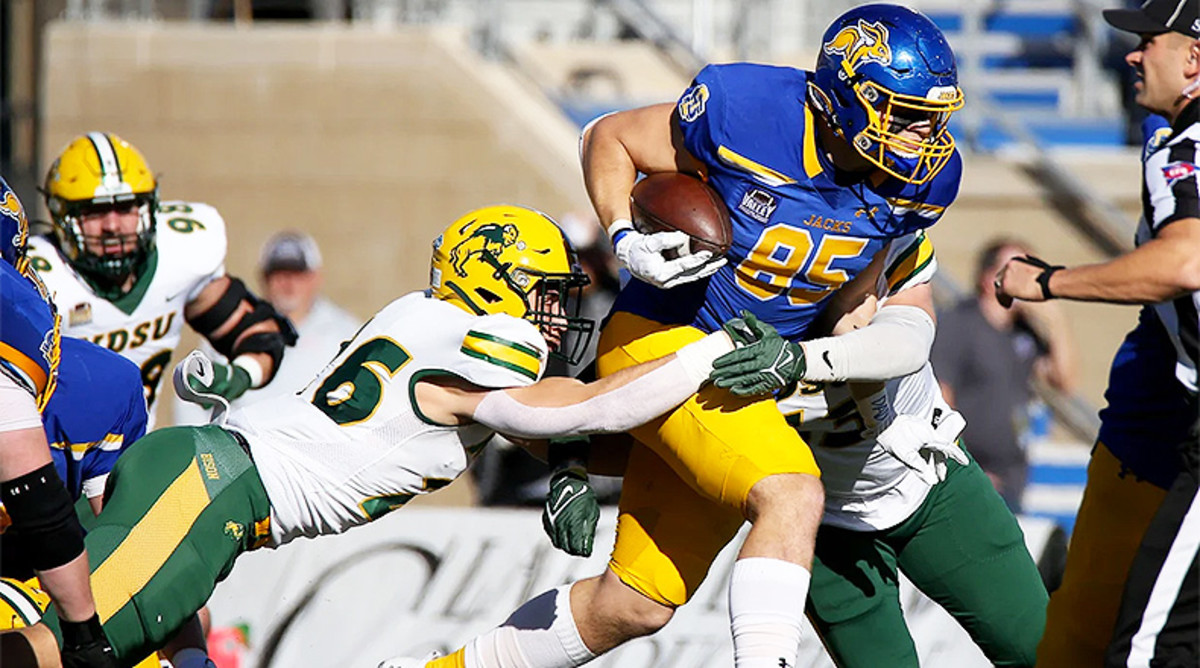 Defending FCS champion North Dakota State is again the team to beat in the subdivision but rival South Dakota State not far behind in the preseason Top 25.

The new largest FCS conference (13 teams in 2022, 14 in '23) may have the best title race. Quarterback Connor Watkins takes over the defending co-champ's offense, and it's experienced up front with playmakers in wide receivers Rayjoun Pringle and Jaaron Hayek and running backs DeeWil Barlee and Jalen Jackson. Transfer linebackers Danny Damico (UAlbany) and Antonio Montero (Rice) will make an impact.

The Rams' seven wins were the most since they had eight in 2001. They are strong in the trenches, which is welcome news to quarterback Kasim Hill and the running backs, including Kevin Brown Jr. back from injury, plus for cornerback Jordan Jones (five interceptions) and safety O'Neil "Buzz" Robinson to operate on the back end of the defense.

Ryan Carty, the offensive coordinator of Sam Houston's 2020 national championship squad, is now guiding his alma mater. His Blue Hens have a stout defense behind linebacker Johnny Buchanan and defensive backs Kedrick Whitehead and Noah Plack. Quarterback Nolan Henderson, who's 10-2 as a starter the last two seasons, is healthy again and ready to connect with wide receivers Thyrick Pitts and Jalyn Witcher.

32counter said:
Haley has UR outside Top 25-no surprise

Defending FCS champion North Dakota State is again the team to beat in the subdivision but rival South Dakota State not far behind in the preseason Top 25.

seems like Haley mostly undersold us during the Championships/NCAA Playoffs decade (2006-2016), but unfortunately has been mostly right during the Huesman era...

let's hope it's Coach Huesman's year to prove him wrong...enough 6-5's it's time to get back in the CAA/FCS Playoffs battle...

Haley, as a journalist, has well respected voice in all matters pertaining to FCS football particularly as it regards polls,ratings and prognostications.For those reasons alone,UR will in all likelihood be officially ranked outside the Top 25 at the beginning of the season.

per Haley regarding UR recent preseason picks- 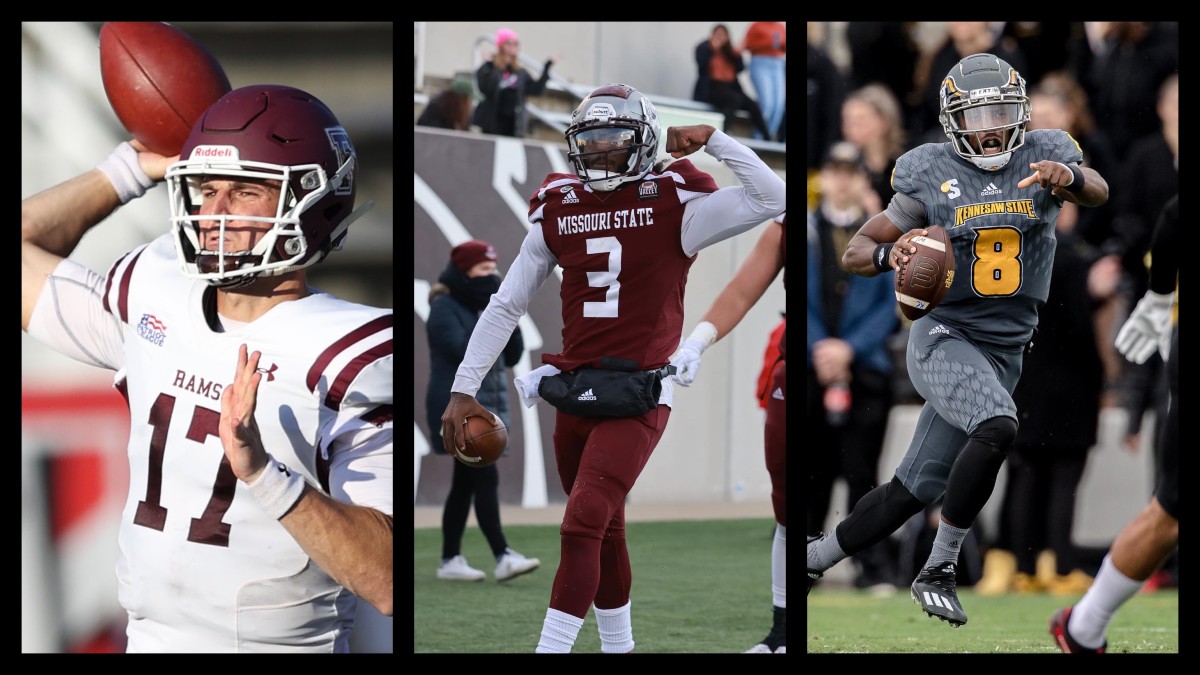 Who are the Top 25 returning quarterbacks in the FCS entering the 2022 season? We rank them in this summer position breakdown series.

Cautiously optimistic we can crack this group if our offense can catch up with our defense.

mojo-spider said:
Cautiously optimistic we can crack this group if our offense can catch up with our defense.

Our DL will be severely inexperienced.Coach Hanson hopefully is working some offseason magic potions to apply.


“ if our offense can catch up with our defense.”

I think it should be the other way around,mojo-“if our defense can catch up to our offense.”
Reactions: mojo-spider and KE Spider
C

What is our breakdown of starters returning on both sides of the ball? Depth chart?
N

Our DL will be severely inexperienced.Coach Hanson hopefully is working some offseason magic potions to apply.


“ if our offense can catch up with our defense.”

I think it should be the other way around,mojo-“if our defense can catch up to our offense.”
Click to expand...

One saving grace could be we still have three really experienced LBs and a couple we have not seen much. Defensive Backfield has some good ones returning also.
DT starters should be fine with Murray and Eldridge and DE Marlem Lewis was coming on strong when we had a couple of injuries last year. Grant at least saw the field some, but the rest as you said, are young, and I am glad Jeff Hanson is on the staff to help these younger guys develop.
If offensive line comes together, (and hopefully they will, every position has starters returning or players from two deep), we could see some high scoring games out of the offense this year. I really suspect offensive skill positions are deep, with the transfers added in and what is back. If roster is right Jerry Garcia is listed back at WR, which tells me along with the two that already split time, some of our other RBs are healthy again.
Those things said, I do agree about the defense looking to need the most work going in to fall camp.
Reactions: urfan1

I’m pretty optimistic that we can crack the Top 25.
we have a proven winner at QB, along with top notch receivers.
As long as our defense can step it up (and I feel confident it can)
we’ll be right there. .
Reactions: ncspiderfan and urfan1

Sam has some sway.Spiders at #20

Preseason ballots for the Stats Perform FCS Top 25 media poll are due this week. Here is how I voted in my 2022 preseason Top 25.

Spiders check in at #24 in STATS poll. 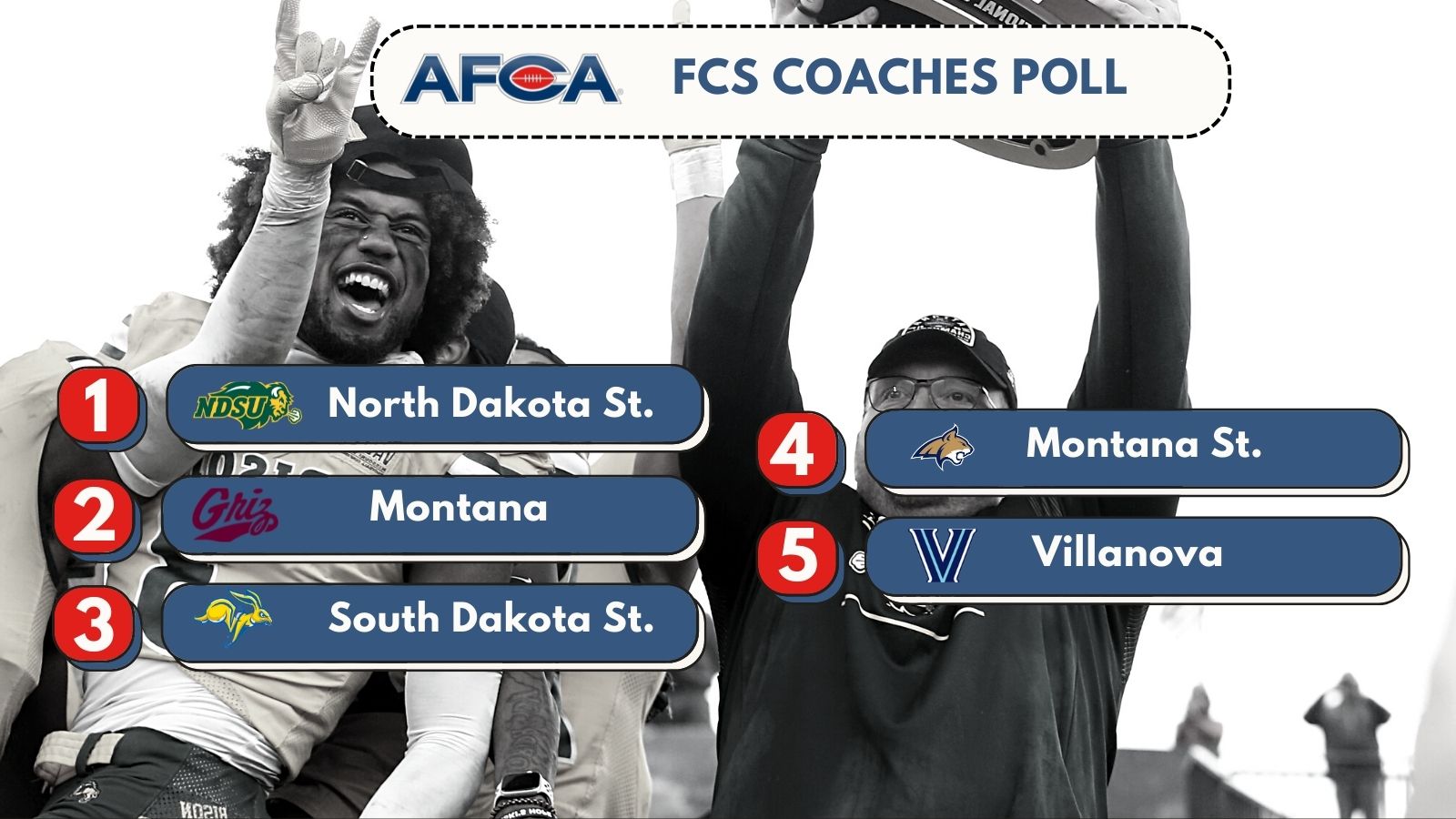 North Dakota State will begin the 2022 football season in familiar territory, at No. 1 in the AFCA FCS Coaches’ Top 25 Poll. The Bison won their ninth FCS national championship in January and earned 24 first-place votes. North Dakota State begins defense of their title on September 3 vs. Drake.

Six years have passed since Richmond last made the FCS playoffs in 2016, part of a three-year run that included a trip to the national semifinals in 2015. 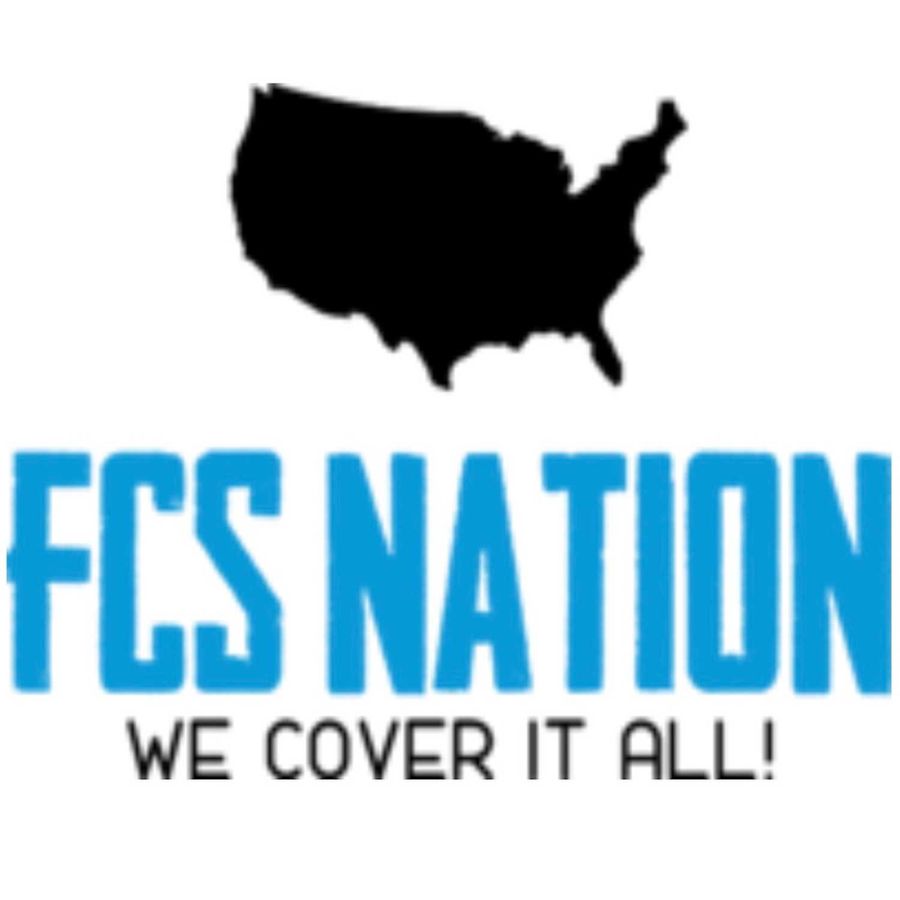 Kevin is back with new co-host Stone Labanowitz and they are here to break down the pre-season top 25, and preview and pick the biggest games of the week. @SamHerderFCS from @HEROSportsFCS stops by to talk about the upcoming season. Also audio from @RussHuesman of @SpidersFB and @SpiderAthletics... 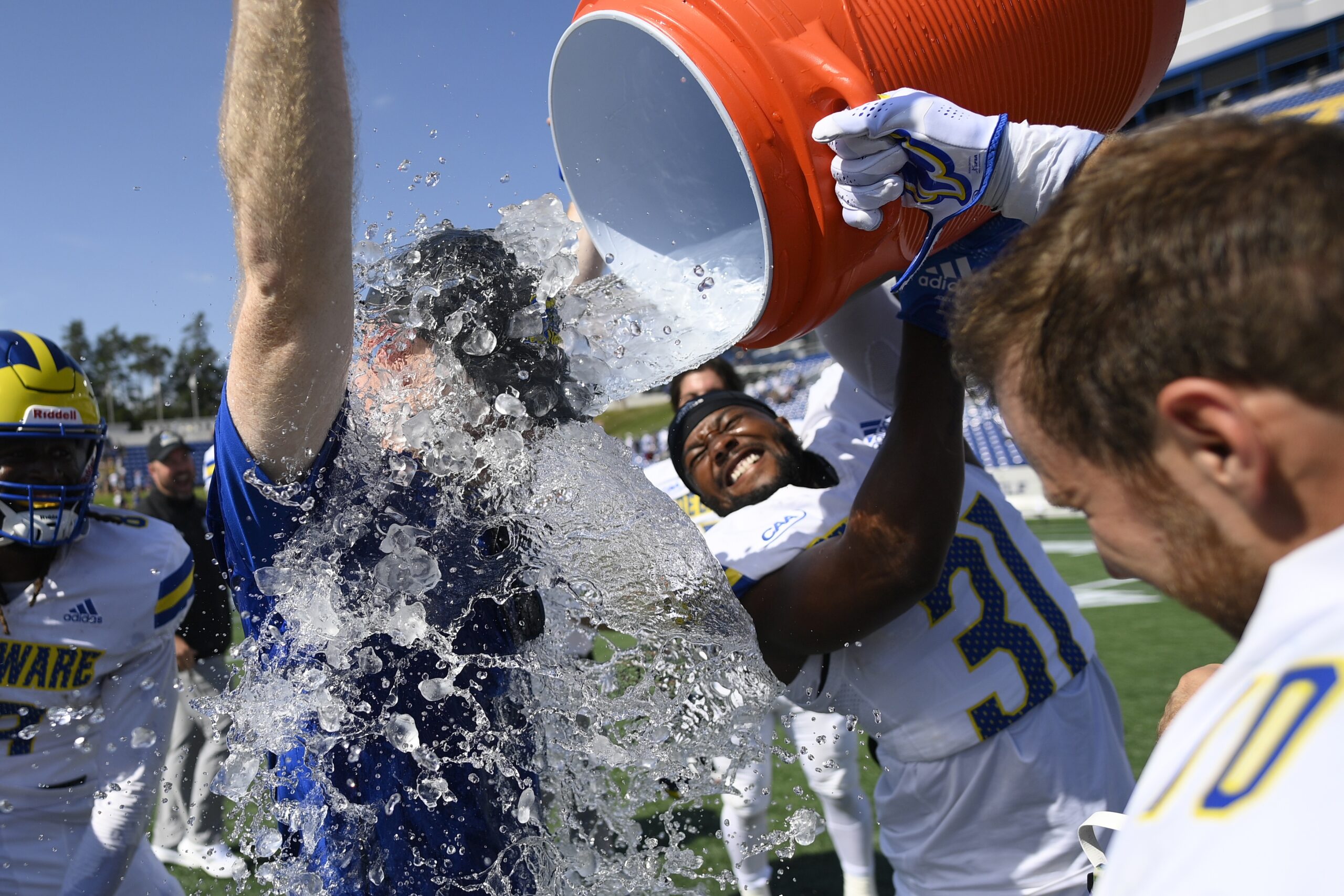 Upsets of FBS opponents were among the highlights in FCS college football during the first full week of the 2022 season.


Billy and Mary will be making the Top 25 this week.Even though CLT is a lower rung G5.

UD and URI will be moving up with wins over host G5 Navy and domination over host Stony,respectively.

Elon will be near to Top 25 with close loss to Commodores.BCS Vandy forecast to finish last in SEC.Elon QB,transfer from Montana State, will be a handful for CAA foes.