the trip to Orono kicks off the second half of the CAA schedule...for those of us feeling optimistic it should be a very important game...one that the Spiders need to find a way to win if we expect to battle to the finish for the Championship and Playoff consideration...

the Black Bears have a new head coach, Jordan Stevens...they lost a lot of talent from last season's 6-5, 4-4 CAA squad...but star QB Joe Fagnano returns on the offense and the infamous "Black Hole Defense" is being rebuilt by a new defensive coordinator after losing its growl last season...

it's never easy on the road in the CAA, but Maine, a team picked to finish 8th in the CAA preseason poll, seems like a game we must win... 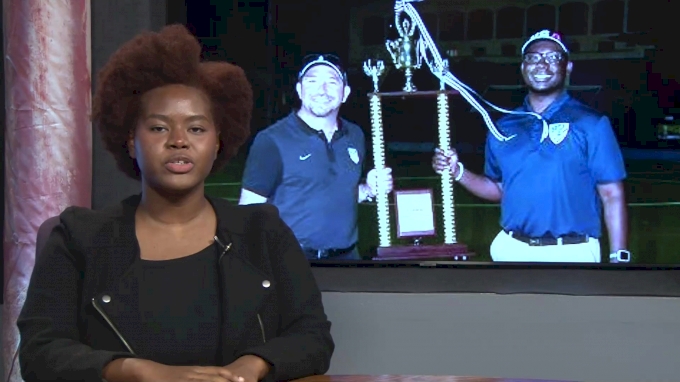 Watch the Maine vs Stony Brook replay on FloFootball, where every live and on-demand game is at your fingertips. 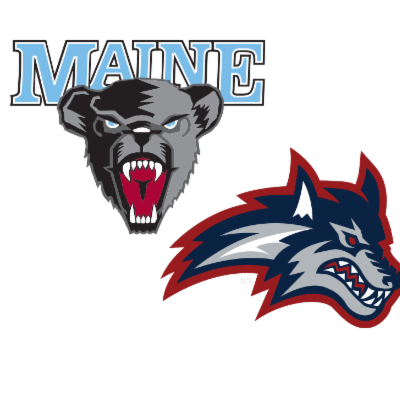 Get a summary of the Maine Black Bears vs. Stony Brook Seawolves football game

After the Seawolves took a quick 7-0 lead on Ross Tallarico’s 2-yard run, Maine reeled off 20 unanswered points. Joe Fagnano hit Kobay White with a 13-yard TD pass and a 42-yard scoring strike to tight end Shawn Bowman. Trailing 20-7 at the half, the Seawolves battled back behind McKee, who threw a 10-yard TD pass to RJ Lamarre and a 1-yard toss to Tyler Devera that pulled SBU within 27-21 late in the third quarter. After getting a fourth-down stop, Stony Brook drove 68 yards for what proved to be the winning score on the pass from McKee to Newton. A 46-yard Maine field goal attempt in the final minute was off target.

Along with McKee’s big day, Jayden Cook rushed for 92 yards for SBU. Fagnano passed for 314 yards and 2 TD’s and ran for a team-high 65 yards. Bowman made six catches for a career-high 130 yards and a TD. Reidgee Dimanche made 12 tackles for the Seawolves and Adrian Otero had eight stops and a sack for the Black Bears.
Last edited: Oct 22, 2022 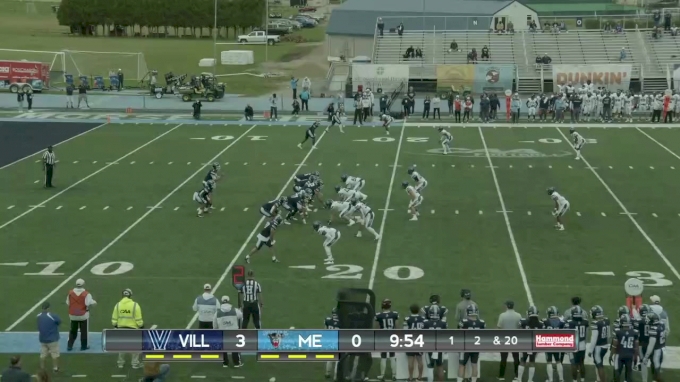 Watch the Villanova vs Maine replay on FloFootball, where every live and on-demand game is at your fingertips. 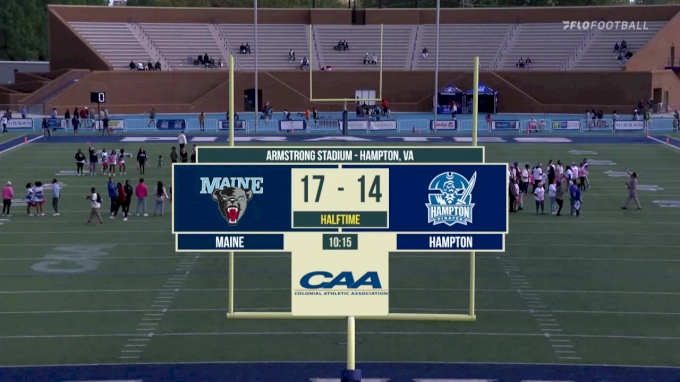 Watch the Maine vs Hampton replay on FloFootball, where every live and on-demand game is at your fingertips. 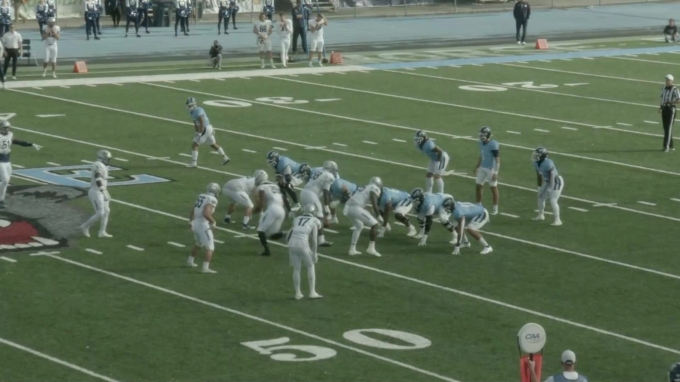 Watch the Monmouth vs Maine replay on FloFootball, where every live and on-demand game is at your fingertips.

Maine is bad, and we should win easily.

Take nothing for granted. Just go 1-0 this week...but if Spiders don't melt down on turnovers, really like our chances.
Reactions: spiderjpo

Spider Insight Podcast for October 25, 2022 with Voice of the Spiders Bob Black and radio analyst/sideline reporter Matt. Bob and Matt wrap up the victory at Hampton, preview the Maine trip, and introduce Spider fans to redshirt sophomore running back Fonnae Webb, whose first career carry was an 87-yard TD, the fifth-longest run in school history.

“…If Richmond wants to clearly state itself as a team to be reckoned with as a brutal three-game sprint to the end of the regular season looms — against New Hampshire, at Delaware and at home to play William & Mary — it first must get through Maine, and probably convincingly, too.

The Spiders have hovered around the top half of the CAA standings as its double-overtime loss to Elon is the only blemish in conference play on its record, with a 20-10 win over then-No. 16 Villanova two weekends ago its best win over CAA competition thus far on the season.

And with Richmond and Delaware being the only two teams in the league with both top-four passing offenses and defenses in terms of total yardage gained and allowed, respectively, the Spiders control the air on both ends well. Quarterback Reece Udinksi (1,919 yards, 17 touchdowns, two interceptions) and defensive back Aaron Banks (tied-CAA high three interceptions) are two of the best in the league at their positions.

That could create many issues for Maine, which started 0-4 but rallied off consecutive wins before losing to previously winless Stony Brook this past week, adding more misery to what’s been a tough year already for the Black Bears.

Their offense has looked much better in recent weeks, however, as Maine has scored at least 27 points in three consecutive games as the rushing attack has been strong in that timeframe with an average of 175.3 ground yards and six combined rushing scores to boot. But the Spiders should be highly favored — even on the road in Orono — as they’ll hope that their visit to New England will be more of a tune-up than an upset threat…”

Please tell me we aren’t taking buses to Maine

32 give us the wheels up/down tomorrow.. ty
Reactions: urfan1

Exciting to be attending new week's game.
Reactions: spiderjpo, urfan1, LA Mike and 1 other person
You must log in or register to reply here.