this game lost a little of its edge when Coach Rocco was dismissed after last season, but if the once powerful Blue Hens are really the 2nd best team in the CAA and the Spiders the 4th best it should be the usual donnybrook that ensues when these two squads meet in Newark...

former Delaware QB Ryan Carty has been brought in from Sam Houston State to rebuild the once proud program...he doesn't lack swagger...during CAA Media Day he observed that in Newark the program has everything it needs to dominate football at the FCS level...could they become the North Dakota State of the east?

oft injured QB Nolan Henderson returns for a 6th season to lead the Blue Hens offense...four Hens were named to the Preseason All CAA Defensive team, but Delaware's defense was very inconsistent last season...the Spiders scored 51 points last season in a big win over the Blue Hens at The Brick House...that game may have sealed Coach Rocco's fate..

enjoy Episode Ten of the Countdown...thank goodness real football is just over a week away!

"Obviously it was just a butt-whooping," Delaware coach Ryan Carty said after Elon pulls away for big CAA win 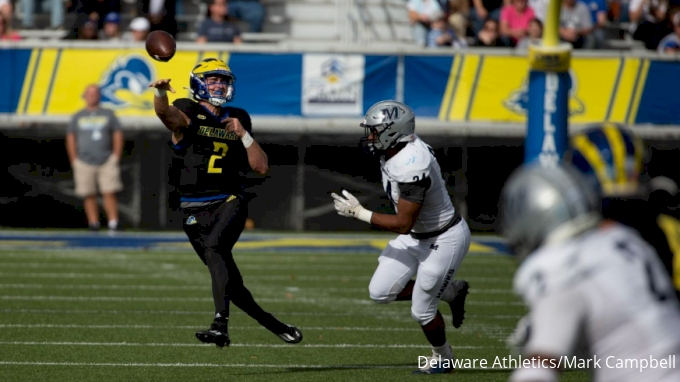 Watch the Monmouth vs. Delaware football highlights from 2022 CAA Football. 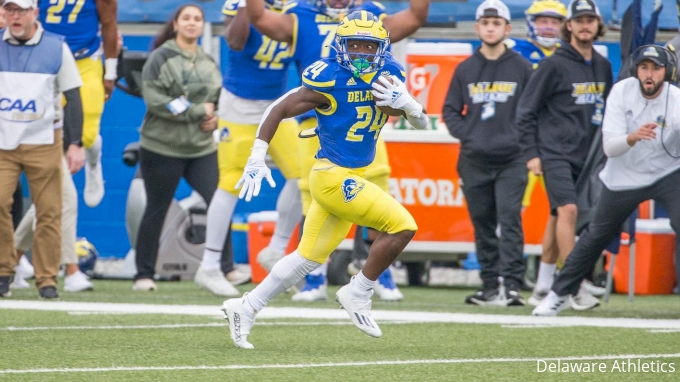 Watch Towson vs. Delaware highlights from 2022 CAA Football on FloFootball. 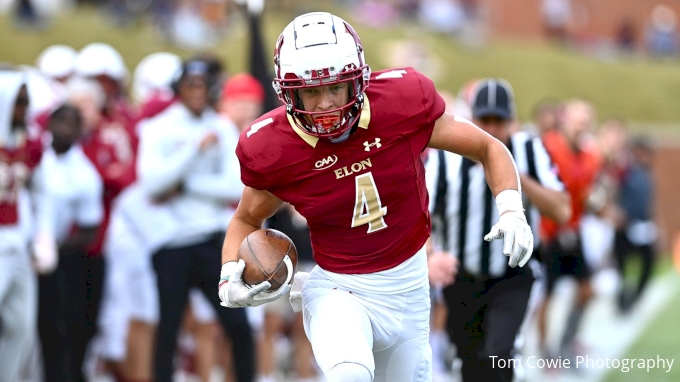 Watch the Delaware Vs. Elon football highlights from the 2022 CAA football season on FloFootball. 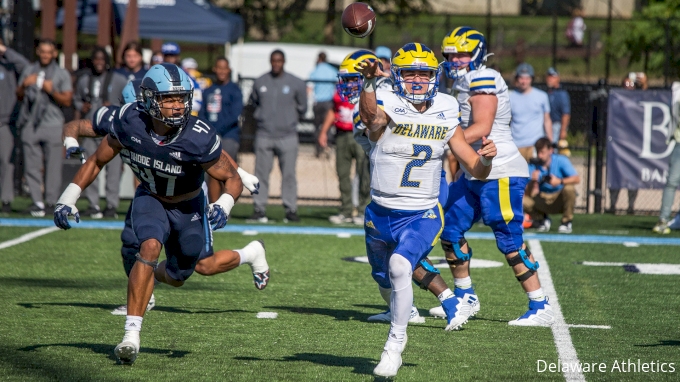 Watch highlights of Delaware vs. Rhode Island on FloFootball. 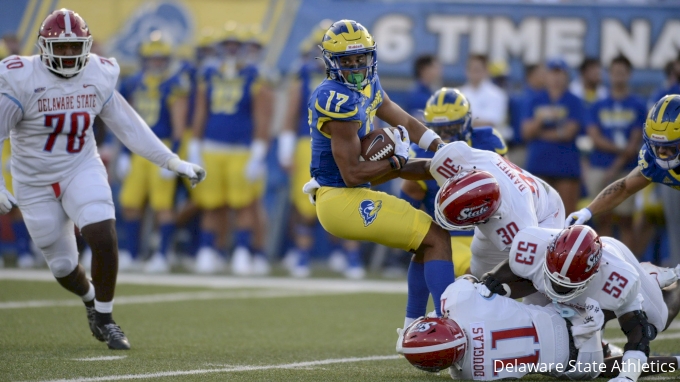 Watch the highlights from the Delaware State vs. Delaware football game on FloFootball.

How banged up are we position wise going into the game?

9Legs said:
How banged up are we position wise going into the game?
Click to expand...

Might try to listen to the replay of the league conference call later today. Huesman might give a hint.
DL being so thin is huge. I suspect losing the big leads the last two games has a great deal to do with exhaustion on the DL in each game. UNH is pretty good, but Spiders had been getting sacks and only had one on Saturday, I think. To our OL credit they only gave up 1 that I remember.
One of the true freshman just participated in his fourth game on the DL so if things are thin, I would guess a decision would have to be made, maybe as the game is in progress. Pretty much been playing with 3 DE and 3 DT all year and they can rotate 2 on 1 off and stay SORT of stay fresh. Just getting back to that would be huge.

I would think if Udinski limping at end of game was a ding of concern, but he looked like he was walking it off when I watched the replay last night. The rest of the positions have dings, but depth can handle it.

Of course, there are always ones we have not heard about during the week, but I sure hope the game notes look ok when they come out, and sometimes they even seem to have I HOPE information in them, as Marlem Lewis was listed for last Saturday and still could not go.

Writing about our injuries is the MOST STUPIDEST thing we could possibly do.Dumb,Dumber and Dumbest are on the loose.

In three quarters of action, Henderson completed 22-of-28 passes for 323 yards and a school-record tying five touchdowns, and also ran for a score, in Delaware’s 49-17 win over Monmouth. The Blue Hens’ quarterback threw for four TD’s and ran in from 2 yards out in the first half and added his fifth scoring pass on the first drive of the second half as UD tallied its most points since 2016.
K

Glad he got it out of his system before this Saturday's game.
Reactions: urfan1 and whampas
R

In three quarters of action, Henderson completed 22-of-28 passes for 323 yards and a school-record tying five touchdowns, and also ran for a score, in Delaware’s 49-17 win over Monmouth. The Blue Hens’ quarterback threw for four TD’s and ran in from 2 yards out in the first half and added his fifth scoring pass on the first drive of the second half as UD tallied its most points since 2016.
Click to expand...

Ha! what's all the fuss about? Udinski's been doing that all season hasn't he?..okay, he usually takes all four quarters!

believe Udinski won this weekly award for his game against Maine...

32counter said:
Writing about our injuries is the MOST STUPIDEST thing we could possibly do.Dumb,Dumber and Dumbest are on the loose.
Click to expand...

Do you really think opposing coaches are stupid enough they cannot see the same number on the field for every snap in a football game on our defensive line? Really, but you are right dumb is on the loose.
Reactions: spider3309

Huesman said today in his weekly local media session that Udinski has practiced each day this week and that he expects the remainder of our injured players to play Saturday with the exception of Jasiah Williams...

Any time frame on Williams? That’s a huge loss.
Reactions: urfan1 and whampas

On Williams Huesman gave no details on the nature of the injury, or a timeline for return...

we'll really miss him, but hopefully DeGennaro can pick up where he left off versus New Hampshire...I like the way he plays with an edge

Huge game - looks like we have our horses back! weather looks improving!

URo-Line said:
Huge game - looks like we have our horses back! weather looks improving!
Click to expand...

Brandon Ratcliffe (49) Kicker - AT DELAWARE Second-year member of the squad, looking to impact the kicking game 2021 SEASON Did not see game action 2020-21 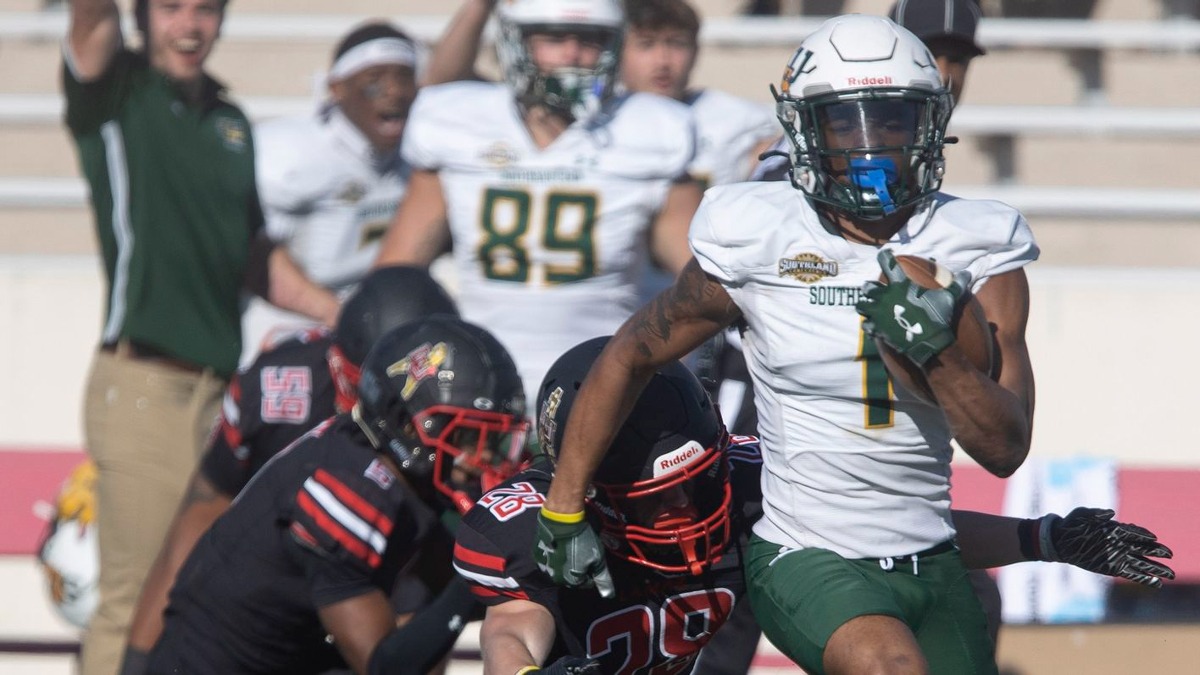 The FCS Playoff picture is a packed one with two weeks of games to go. Several games this week will shift how the bracket is formed.

Both teams are 7-2 overall looking to hit eight D1 wins, a key number to stick out in an at-large pool filled with 7-4 teams if neither wins the CAA AQ.
Delaware’s Nolan Henderson is throwing for 265.7 yards per game, and Richmond’s Reece Udinski is passing for 286.0 yards per game. However, Udinski is dealing with a lower-body injury suffered last week. He’s expected to play, but likely won’t be at full strength.
Richmond likes to get the ball out quick, which will help prevent Udinski from taking shots. But Delaware’s defense has been fantastic this year, ranking third nationally with 14.3 points allowed per game and is No. 2 in passing defense (116.9 YPG). The Blue Hens have dominated opponents at home, and they improve their home record to 6-0 behind its strong defense and Henderson’s play-making abilities. 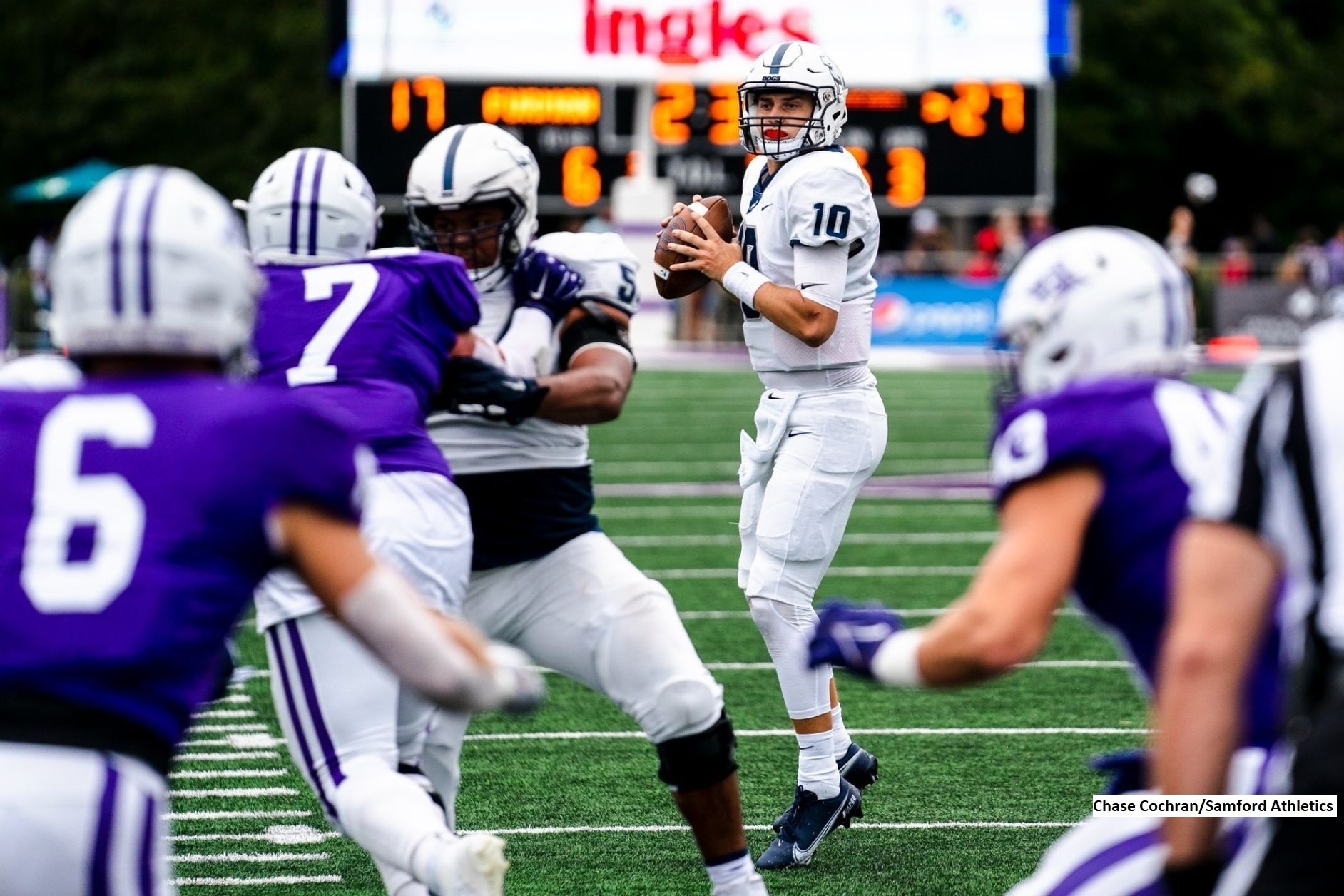 A pair of matchups between Top 25 teams in both CAA Football and the Southern Conference help highlight Week 11 in FCS college football.

Kickoff: 1 p.m. (FloSports/NBC Sports Philadelphia)
Notable: Richmond shares first place in the CAA with New Hampshire and William & Mary. Reece Udinski has a 76.2 completion percentage, and his 22 TD passes are six shy of the school’s single-season record. He’s dealing with a lower-body injury, perhaps making it harder to go up against a UDel defense that has smothered passing attacks, keeping four opponents under 100 yards and allowing 116.9 per game (No. 2 in the FCS). Nolan Henderson’s 25 TD passes are just four shy of the Blue Hens’ single-season record.

The Pick: Delaware
You must log in or register to reply here.