I enjoy watching the Spiders play BCS opponents, especially when we are breaking in new head coaches in Charlottesville...first London, then Mendenhall and now Tony Elliott...

I just wish Coach Elliott didn't have Brennan Armstrong back to lead his offense...that has to make the Spiders DC Wood and Coach Huesman a little anxious, but I expect our players enjoy the challenge of matching up against BCS talent and seeing what they can do...Armstrong had some incredible games in 2021 and most of his wide receivers return...

however, most of Armstrong's offensive line transferred and no stalwart running back returns...can the Spiders defense take advantage of these areas?

Elliott has even more challenging rebuilding to do on the defensive side of the ball...it should be very interesting to see how the Spiders revamped offense fares against what was one of BCS football's worst defenses in 2021...

if the Spiders can slow down Armstrong this could be a fun game...we have very little to lose...the real season will begin in Game Two...

enjoy Episode One of the Countdown...

UVA opens the season with a familiar foe that’s only 68 miles away.

ha! A professional Opponents Countdown from the other side..."Streaking the Lawn" a UVA sports blog breaks down and sizes up the Cavs first opponent, the Richmond Spiders...

seems pretty objective to me....the writer Zach Carey notes the job Huesman did rebuilding our offense with Cosh and company and wonders how it will play against a UVA defense that was "historically bad" in 2021...he also cites our losses on the defensive line...he says Brennan Armstrong made his UVA debut in our 2018 game... 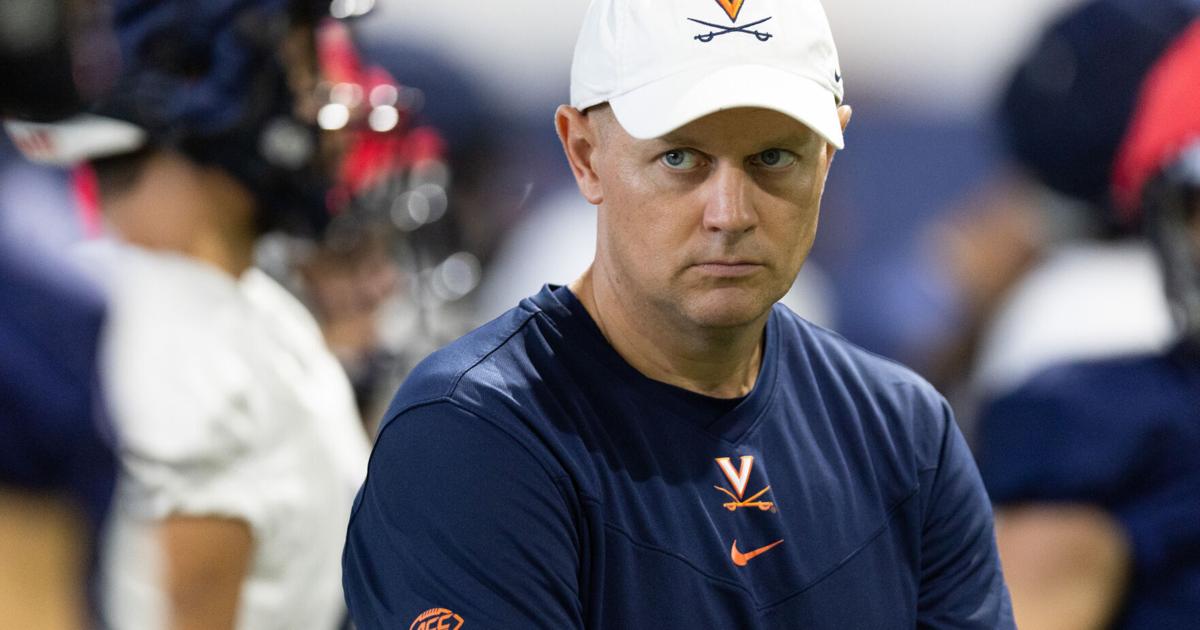 “We’ll get a chance when we scrimmage here this Saturday, to get a real picture of who wants to tackle and who can execute at a really high level."

New coach Tony Elliott inherits one of the ACC’s top quarterbacks (Brennan Armstrong) and receiving corps (Billy Kemp IV, Dontayvion Wicks, Keytaon Thompson and Lavel Davis). Armstrong led all Power 5 quarterbacks by averaging 427.3 total yards a game last fall, but Elliott and the new staff would like to take some of the pressure off their signal-caller by installing more balance with the run game and backs Ronnie Walker and Mike Hollins. However, Virginia lost all five starters up front and will be counting on a pair of FCS transfers (John Paul Flores and Mac Hollensteiner) to fill the voids at the tackle spots. Even though there are concerns up front, scoring points shouldn’t be a concern for Elliott. The other side of the ball remains an issue, however. Virginia struggled to generate pressure, allowed too many big plays and surrendered 34.3 points a contest and 6.8 yards per play in ACC matchups. This unit also ranked last in the conference versus the run. 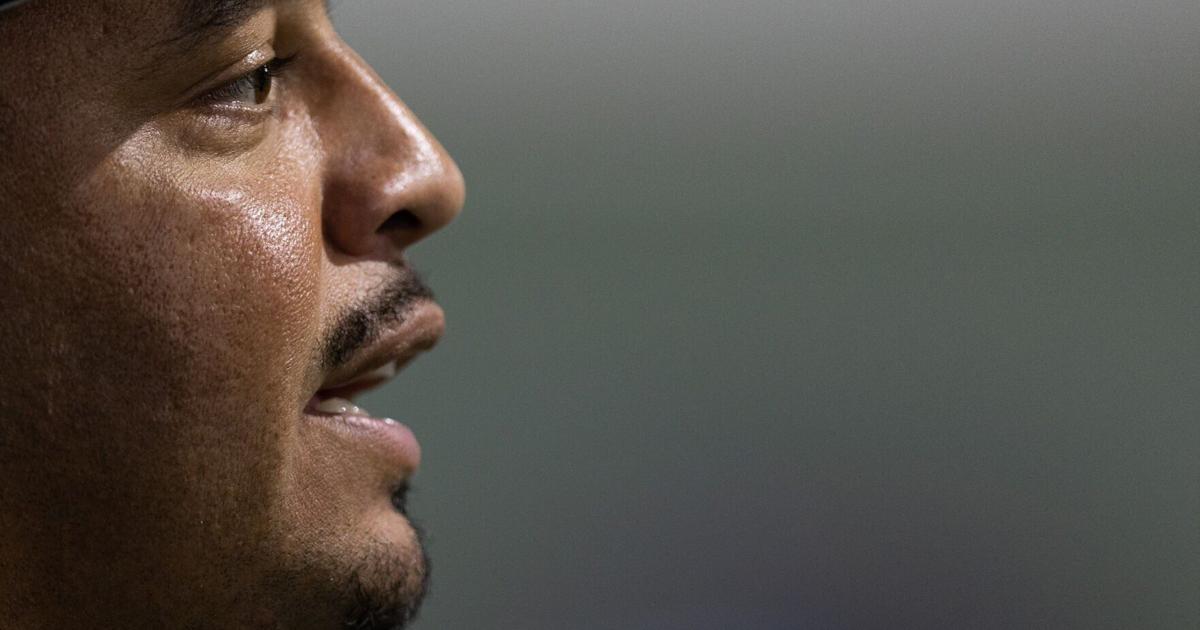 I did a quick search but couldn't find any tv coverage for the game. Does anyone know if some station is covering the game? Thanks.

MASN plus other affiliates.

Off topic, but what happened to the Spider club? I was a very long time member who got fed up with the university for a number or reasons

Was rebranded back to Spider Athletic Fund a couple of years ago. 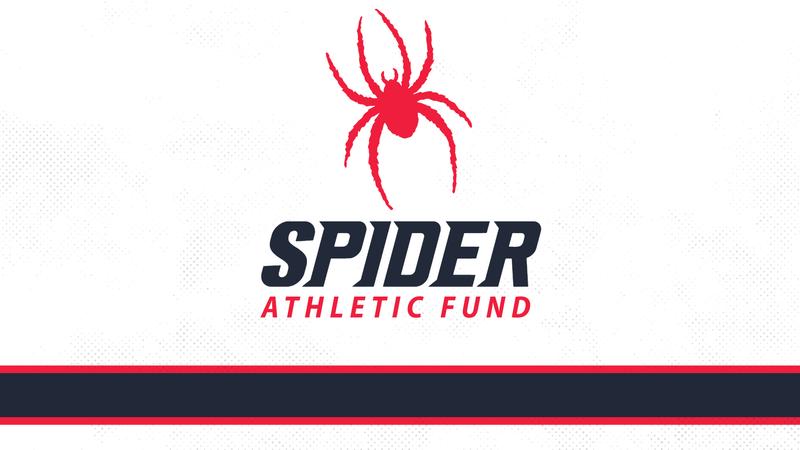 SFspidur said:
MASN plus other affiliates.

Thanks! I forgot to check MASN. Looking forward to seeing this game.
I

SFspidur said:
Was rebranded back to Spider Athletic Fund a couple of years ago.

I think a lot of it had to do with the tax law changes over the years that limited deductibility when you receive benefits in return for donations, so they kind of restructured things to separate those two aspects more. SAF focuses on fundraising, while ticketing/parking/etc goes through the ticket office.

The SAF seems to be a one way street…give,give,give with nothing going the other way. The Spider Club seemed way more fun and social.
S

Anachnid said:
The SAF seems to be a one way street…give,give,give with nothing going the other way. The Spider Club seemed way more fun and social.
Click to expand...

I have continued to advocate for the return of the voluntary portion of the Spider Club. A number of us got to know grads from other eras via the Soider Club. I would not have known folks like Ben Ussery or Charlie Tysinger, or new State Bar President Stephanie Grana or her husband who volunteered, or Fletcher Stiers or Conrad Bareford and the list goes on. The lack of Spider Club has also weakened the relationship between the Athletic Department and rank and file supporters. Chuck Boone was a helluva lot more approachable than Keith Gill or the current Guy.

They send stuff in the mail asking for money - that’s about the extent of it as far as I can see.

Game Notes issued by UR

We must put heat on QB Armstrong to have a shot. Man, it would be nice to have Turner, Reynolds, Murray up front in this one. I think high scoring affair. Over/under at 56.5 sounds a little low.
GO SPIDES !

rspides said:
We must put heat on QB Armstrong to have a shot. Man, it would be nice to have Turner, Reynolds, Murray up front in this one. I think high scoring affair. Over/under at 56.5 sounds a little low.
GO SPIDES !
Click to expand...

Feels like we will need to score in the 40s to win this one, and even that might not be enough.
Reactions: whampas
K

Absent a TO disaster, do not expect the Spiders to be blown out.
Reactions: urfan1

I hope that we don’t regret throughout the season not recruiting experienced DLinemen via the transfer portal.A recurring excuse of an ineffective front 4 does no one any good.

The Spiders have won many games out right as significant underdogs...but UVA is a 24.5 point favorite in this one...

Does anyone know if we have ever won a game outright as a 24.5 point underdog, or as an even greater underdog?

ur2K said:
They send stuff in the mail asking for money - that’s about the extent of it as far as I can see.
Click to expand...

Sounds like a movement to fill Bob Blacks ‘find new fans’ effort. While I lived in Richmond I did throughly enjoy the Spider Club. Shame. One more off topic question How’s the football endowment going? Last I heard it was $80,000,000 but that was 10-15 years ago. Back to current. Go Spiders beat the Hoos ………..again
Reactions: urfan1