20 year anniversary of the 2002 super regional team. Hope the Athletic Department does something nice to honor them. Been a long time since we have been that good.
Reactions: whampas and CH_Spider

Part of my Spider Club donation goes to baseball and we just got an update from Woodson today. We have a ton of home games. It's past time for a big season.

I am happy to report great updates on the Baseball Team as we head into the spring season.

As COVID protocols relax, the team and I are excited to be back out on the field. For the first time since I arrived here at Richmond, we were able to play two scrimmage games against outside competition this fall. Our first competitor was national power Vanderbilt at the USA complex in Cary, North Carolina! It was a great opportunity and experience as we played very well. I want to thank everyone who came to Cary to support the Spiders.

Two weeks later, the atmosphere was perfect with terrific weather and a strong turnout at Pitt Field as we hosted Paul D. Camp Community College. Again, I was extremely excited about our performance and what is to come in 2022 for our program.

As many of you may have noticed, President Hallock was in attendance cheering on the Spiders. His complete support of all athletic programs including baseball has been awesome for our student-athletes.

We hope to see everyone at Pitt Field for the 2022 season. Stay tuned as we are finalizing details to get alumni together this spring. Thank you for your continued support of Spider Baseball and I look forward to seeing you this year.

Have a great holiday season!!

No mention of the facility upgrades getting underway?

Ugh they got rid of the classic cursive Spiders one. Why? That was the best one by far. The ugly 3rd one from left looks to be replacement.

GKiller said:
Ugh they got rid of the classic cursive Spiders one. Why? That was the best one by far. The ugly 3rd one from left looks to be replacement.
Click to expand...

I’m not trying to be a wise, guy but when Adidas’s marketing team tells you the look, that’s the look you’re goin to have.
Reactions: spider fan

If we don't kill St. Thomas in going to be a long season. Former D3 team.
U

Are we getting prepared to move to the Patriot League in baseball, loaded with games this year with many teams😩😡

The right-field project is underway. 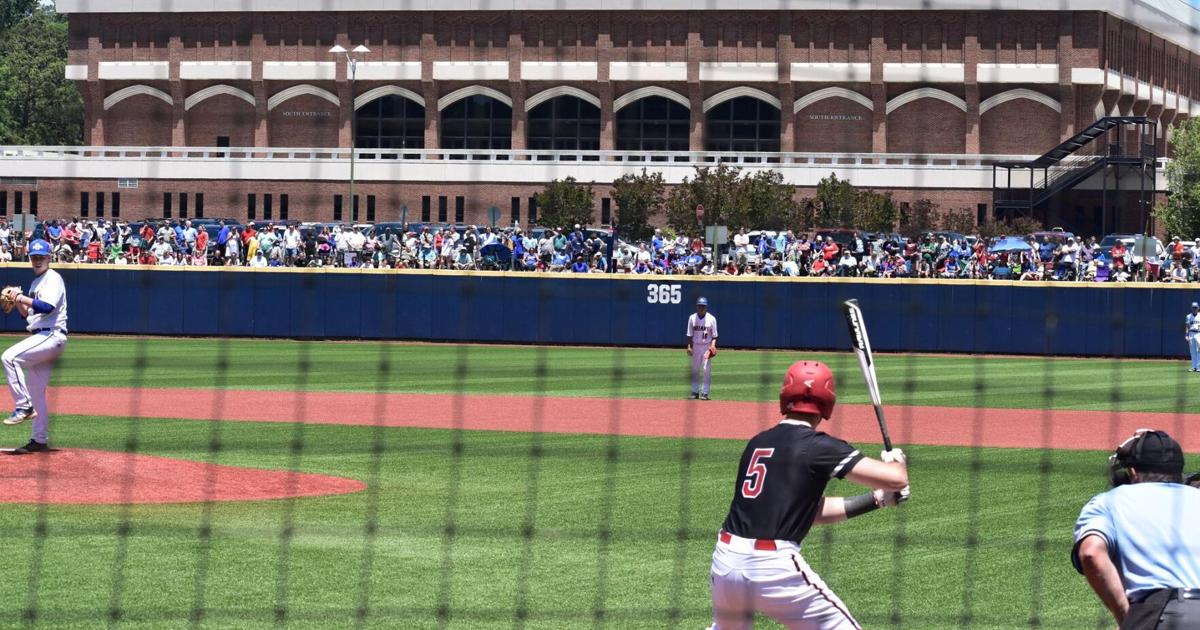 Improvements were originally scheduled to be finished by March 1, but that timetable was affected by pandemic-related delays.

Improvements were originally scheduled to be finished by March 1, but that timetable was affected by pandemic-related delays.

Any renderings as to what it is going to look like?

Having the new Prez win that State baseball Championship at Hopkins Academy Hadley,Mass in 1985 is providing some impetus here.Hardt managing up in this instance is astute.

Thursday game w/ St. Thomas cancelled. They will play tomorrow, weather looks beautiful. Not sure why they wouldn't play two 7s on Friday to take advantage of the weather; maybe that's a PNW thing. If the weather looks good for one day and crappy for the day after, play as much as you can on the nice day.

St. Thomas was already scheduled to play a double tomorrow...Sacred Heart at 9am and us at 1pm.
Reactions: Wood Hall

SFspidur said:
St. Thomas was already scheduled to play a double tomorrow...Sacred Heart at 9am and us at 1pm.
Click to expand...

OK, did not know that Sacred Heart was also already in Richmond. Should be great weather, wish I could be there. Loved going to baseball games as a student. It's a program I think we could be very good in, with real investment and top-flight coaching.

Granted, the Tommies finished #2 in D-III last year after making it all the way to the CWS championship series, but still...doesn't feel like we should be heading to extras with them, which we are. They picked up their first-ever D-I win this morning against Sacred Heart.

Spiders worked around a leadoff walk to the Tommies in the top of the 12th (runner got as far as third on a couple of groundouts before a K to end the inning), and then Jason Neff hit a walk-off homer leading off the bottom to deliver a Spider win.

SH had a couple of close losses against St. Thomas this weekend, but Fordham blew them out 19–0 in their opener. The Pioneers are not good.

My wife’s alma mater in Fairfield,CT does have a pretty good football team however.
Their baseball team is on the road until April 1st.Now that’s crazy.

The official 2022 Baseball schedule for the

I know we have not played powerhouse teams yet, but 6-1 start is very good.

Seems like awhile since we started that well, record-wise.

Spiders took a 2–1 lead into the 7th, but collapsed, giving up three homers in the inning to eventually fall to JMU, 9–2.
C

wow that was some pitching to brag about

Four games in six days puts a lot of strain on a college pitching staff. Especially early in the season, when you are not stretching out your starter.

Four games in six days is pretty much the norm every week of the season though...three weekend games plus a midweek game. So it's not like it was an unusual stretch of schedule we were dealing with.

In fact, JMU was playing its fifth game in six days.

Sucky weekend to be a Spider fan.
C

A strong High School team could beat UR.

CarolinaSpider said:
A strong High School team could beat UR.
Click to expand...

Lafayette, however, can not. Spiders 25, Leopards 4.
Reactions: urfan1

Crazy game today...Spiders pieced runs together here and there to build 6–2 lead heading into the ninth, but then disaster struck...had the Tigers down to their final out with a man on first but gave up a single, an error, a walk, another single, and finally a grand slam to fall behind 8–6.

But the Spiders refused to let it end that way, getting a two-run homer from Jason Neff and ultimately a walk-off single by Toso to score Beal and give the Spiders the 9–8 win.

Spiders are off until Thursday, when they host 1–11 Holy Cross for a four-game set after the Crusaders make a stop at VMI on Wednesday.
Reactions: Spiderwiz and urfan1
You must log in or register to reply here.

UR Football Board Wednesday at 12:55 PM
SpiderK

Former Spiders & Friends of the Family playing in 22-23

UR Basketball Board Yesterday at 5:53 PM
brooklyn brownstone
B

UR Basketball Board Saturday at 12:11 AM
SFspidur