whampas said:
Much to do about nothing. Had a DI in Marine Corp that made Huesman look like a choir boy. I'm a better man for it.
Click to expand...

Semper Fi whampas. Knew there was a reason I "resonate" with most of your comments. I was Navy enlisted then later Navy Chaplain who had the privilege of serving with Marines. When I first went in as enlisted also had the experience of boot camp petty officers going nose to nose using curse words I had never previously heard and coating my face with their spittle. Main thing that did for me was make me remember that and appreciate every day that it is not happening. The thing with coaches going off on the sidelines on players is the length of the harangue. Easy to wonder if the coach is doing it to prove he is "sufficiently angry" or if he thinks it will change the future actions of the player? Brief outburst is palatable but lengthier starts reflecting on the coach and can prove counterproductive to the point being made. The missing part to the public outburst is the future communication out of the spotlight which takes place between the coach and the player which can make all the difference. Players of course remember every detail.

As a coach myself who has had his share of watching players make boneheaded (And I felt for Russ when the punter made that punt after preaching all week about special teams) mistakes that is not the time nor the place to try and correct a mistake that certainly wasn't intentional as poorly executed as it was.

I saw more costly errors from the coaching staff (offense) than I did the punter. Maybe the players should of gone up each time the coaching staff burned a timeout thanks to their incompetence and called them a bunch of profane laden insults? I'm sure they would be better coaches and people because of it.

Air your dirty laundry behind the scenes, not for everyone to see. The only exception I can see is if a player gives a cheap shot/targeting to the opposing team.

In the grand scheme of things its not that big a deal and if we were winning wouldn't even register on the radar because coaches yell. Its not a good look on national TV and I can only imagine a recruit if they are on the fence seeing that footage.
Last edited: Sep 27, 2021

This was in my LinkedIn feed this morning from someone that i'm not even connected to. Probably not great. 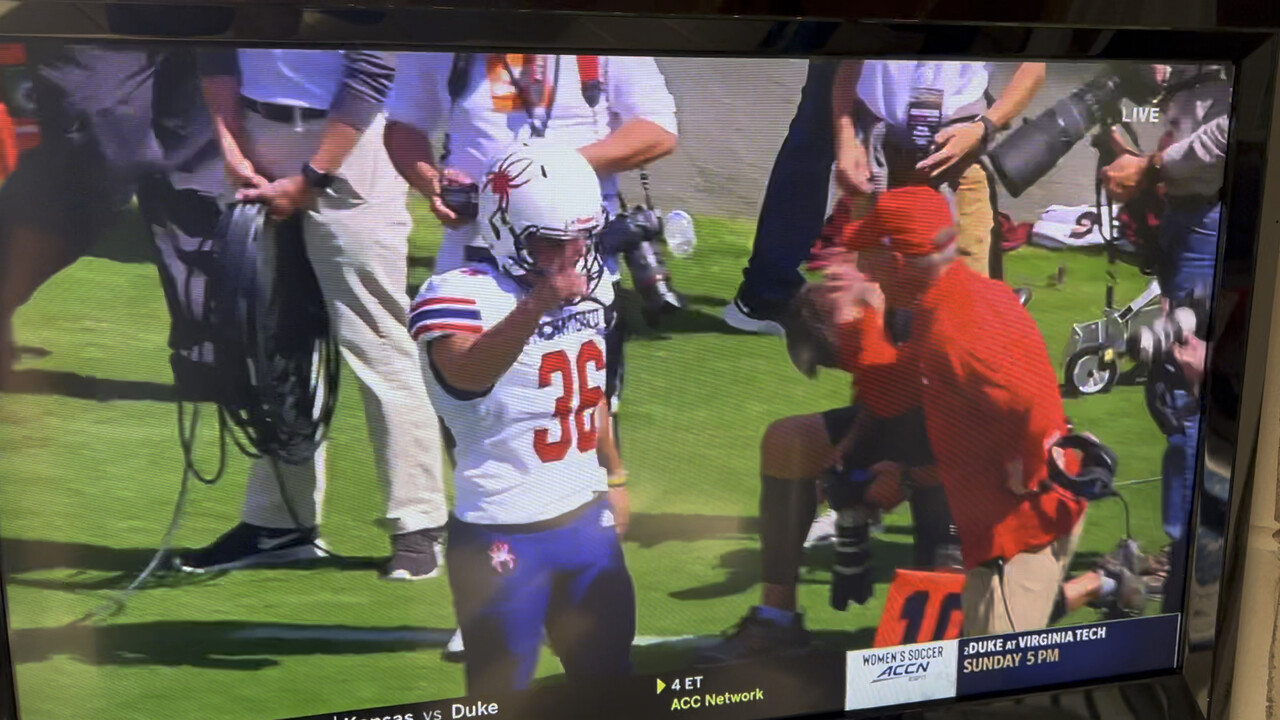 Sometimes sports and leadership collide. I turned on this game to see the coach tearing his player apart on the sideline, on a national broadcast. The...

Another point is the Athletic Department dynamics of this. Mooney took flack and at times technical fouls for "blue language" and has basically cut it out. Tarrant was known for "language" in practice but being masterful at what he said in games. Don't know exactly what RH said but do wonder whether the AD will have any input about the optics? Many think AD is MIA on inputs or don't think this warrants any input, but would AD say anything behind the scenes?

There are a lot of things that people used to do 50 years ago that weren't right then and aren't right now, and in many cases we've evolved to learn the difference. Some people were spanked a lot as kids, but I don't think most parents are actively spanking kids these days. So generally speaking, "This thing was done to me 50 years ago and I turned out ok" usually isn't the best argument in favor of continuing to do said thing.

That said, I don't really have a huge issue with this type of thing from a coach in general – but if you're going to do it, you better be a winner and have the respect of everyone in your program. If Nick Saban did this, no one is making a big deal about it, because he wins and people respect him.

Russ already has a track record of throwing players, coaches and others under the bus when things don't go well, so it comes off looking like just another a petulant attack on a kid by a coach who can't figure things out himself. And it's going to be a visual epitaph for his coaching career here unless we start winning now.
Last edited: Sep 27, 2021
Reactions: Ferrum Spider, URTOM68 and spiderhawk111
D

The image/graphics certainly don’t play well. As always, the context likely makes a huge difference. If the kid comes off and says “not my fault the coverage didn’t make the tackle”…you understand why the coach blows up. Of course, the kid comes off the field and says “sorry coach, I effed up…and know I can do XYZ to not make the mistake again”….you wouldn’t want the coach going off.

then again…winning cures all. If you win, you look like a great coach with what you do on the sideline. You lose (like we have) and you look like a chump. I’d tend to think the sideline actions don’t make as much of a difference as all the actions during the week, off-season, etc to prepare and teach kids, but it’s what is easy for the fans to see.

my issue is that we’re not winning. And it’s not the VT game I care about. It’s games like Nova. If we go on a run and make the playoffs and win a couple games…let’s keep it going. If we don’t, sure seems like time for a change.

UR’s defense held up just like I thought they would. Hopefully this is a team that can compete in the CAA and finally get back in the playoffs. I will say though that Tech is not good. I promise y’all that jmu will beat UR by more than what Tech did. Tech would have lost to jmu this past weekend if they had played them. Burmeister is really bad and held the offense back by missing some throws and not even seeing wife open guys downfield, and he’s been doing both all year so far. Hope the Spiders get it going!

712_VT said:
UR’s defense held up just like I thought they would. Hopefully this is a team that can compete in the CAA and finally get back in the playoffs. I will say though that Tech is not good. I promise y’all that jmu will beat UR by more than what Tech did. Tech would have lost to jmu this past weekend if they had played them. Burmeister is really bad and held the offense back by missing some throws and not even seeing wife open guys downfield, and he’s been doing both all year so far. Hope the Spiders get it going!
Click to expand...

I think this team is talented enough to make the playoffs (At least with a healthy Mancuso). Whether the schedule, injuries, or most importantly coaching cooperate along the way is the big question for me and so far I have concern those can't be overcome. Unfortunately only can afford one more loss to be comfortably in the playoffs and they're a ton of quality opponents on the schedule coming up.
You must log in or register to reply here.

UR Football Board Sunday at 7:47 PM
CarolinaSpider
C