Colleges
High School
Menu
High Schools
Colleges
Install the app
Forum list Trending threads Latest activity Posts
You are using an out of date browser. It may not display this or other websites correctly.
You should upgrade or use an alternative browser.

Login to view embedded media
by far the Spiders biggest FCS test of the season...Richmond has not defeated Elon since 2016...the foes stats season-to-date in many prominent offensive and defensive categories look very similar...

the former Fighting Christians have to come into this one feeling awful good about themselves after coming from 18 down to defeat the Indians in Williamsburg...their defense stuffed the red hot Tribe in the second half...a road win against a presumed CAA Championship contender can be pretty important when the dust settles in November...

but the Spiders are getting better every week...Coach Huesman finally exorcised the Stony Brook demon last week...maybe the Phoenix will be this week?...a Spiders win over Elon would be a lot like Elon's over W&M last week...

it looks like sloppy weather is likely on the grass turf at Rhodes Stadium...I have no idea whether, the wet/windy conditions give the offense, or defense an advantage...I think the team whose interior lines control the line of scrimmage has the advantage...

I like the improving Spiders to do just enough to win this one...after all, we're getting better every week!...

Now that we know everyone is back. We are all excited, I would dare to say. What are some lineups(doesn’t have to be starting) you guys would like to see and what are some predictions record wise for the season? SpiderK’s original prediction was 10-21 and not making NIT 😶 I think even SpiderK will revise that prediction now.
As far as lineups “I” would like to see on the floor is Jason, Dji, TB, Matt, & Neal. But I also like replacing Matt out with Bigelow and moving TB to the 4 spot. Bigs is going to rebound, can shoot it and is a solid defender and is a heck of an athlete. I didn’t think TB would be in that spot much but I’ve changed my mind, I think he could be used there at least situationally. Also need the back up for Neal and so Matt gives us the best option at the 5. Not sure about Waltz & if we use him. If Matt sticks at the 4 then we may have to use him but I’m not sure if that realistic since he hasn’t gotten o campus yet or I think he will be starting Sunday . We’ve talked about most of this a lot already. I think we use Roche as matchup based and situational. Kid is absolutely going to play bc he can shoot it and has been doing that in wrkouts. I think Malcolm is also a very very strong guard who can help us in spots. Of course there is still Goose, Aidan, and Marcus but these are lineups of what “I” would like to see, nothing more. I think we have the potential to win 20 reg season games at the end of the day and make an NIT run and BEST case an NCAA shot, but I think with this group the NIT is attainable. Only 143 day remain before the start 😀🕷🏀 Thoughts?
Click to expand...

Next 2 weeks will show what our football team and program is made of. Can we put Elon behind us on continue to get better?. Will coaches allow us to to go for the win rather than try not to lose? Will Huesman keep his players believing in themselves? Will Spider fans show up on October 15th?
Click to expand...

Which game this year are you most excited about?

Now that the schedule has been finalized - which game are you most excited to see this year?

Syracuse and Boeheim in NYC
Drake at home - which has a chance to be our best computer numbers game in OOC
Clemson in SC
Loyola - newcomers to the league coming to Robins Center
VCU
Dayton - could be nationally ranked on their home floor
Click to expand...

Login to view embedded media
CAA openers have been a anxious time for Spiders fans in recent years...we have not won a CAA opener since 2015!...some things are very similar again this year...the team's 2-1 and going into the conference opener with momentum...many fans are optimistic and hopeful...I'm one of them

will we get crushed again this year?...to me it seems a little different...our offense has been consistently impressive in all three games...our "work in progress" defense has been getting better each week...Coach Huesman and the players seem more confident...

Spiders nemesis Stony Brook won't make Richmond's job of reversing recent history easy...they've beaten us four of our last five meetings...I expect we'll get their best game...but if this really is a different Spiders team we find a way to win this opening CAA game...getting to the six CAA wins needed to fight for the Championship requires defeating the Wolves, a probable double digit underdog...

Saturday at The Brick House will be a perfect opportunity for this team to begin building its own different history...

Login to view embedded media
though I didn't see last week's game in person, or on TV/Computer, I read enough and heard enough to believe the Spiders played well in many areas versus the Cavs...who would have guessed we'd have no offensive turnovers, or penalties?...that's usually a sign of a well coached football team ready to win...I thought it was an encouraging start to the season!

but it won't mean anything unless we use this game to keep improving...

last I read we were a 17+ point favorite over the Red Flash...Coach Huesman and the players made it pretty clear during the week what the team needed to improve coming off the UVA loss...more explosive offensive plays...better tackling...and defending the rushing lanes...if this team wants to break through in the CAA this is a game in which the foundation to do that gets stronger...we cannot take a step backwards versus the hardnosed and feisty Red Flash...

effort, execution and improvement are in order Saturday...a convincing win would be good medicine for the players, coaches, students and fans!... I'm hopeful we'll walk out of The Brick House satisfied with our improvement and progress!

enjoy the entire Prologue episode at the link...

Valuable experience for him to get feedback on where he needs to improve.

6’7” wing out of IMG, from Illinois. Offers from Vermont, Wyoming, Ga Tech, and others.

6'7" SG/SF out of Creedmoor, NC and Wayne Country Day, so Spiderdad might have some insight on this guy. Looks like only lower-level offers so far...Columbia, Brown (so, academics are good!), High Point, Coastal, UNCG, and Campbell. Campbell offered almost a year ago, so the smart money says Peter Thomas must have gotten onto him for us. Or maybe it was Boyden, as UNCG just offered him a month ago. Probably doesn't hurt that both coaches were familiar with him.

Login to view embedded media
I hope it'll be fun Saturday breaking in another new UVA Head Coach...they have a lot of questions...and we have some too...I try not to forget that everything else being equal it's FCS v. BCS...that should give the Cavs a big advantage in depth, size and speed...accordingly they are 24 point favorites earlier this week...

I'll be hoping the Spiders can shock the college football world...if we don't I'll be disappointed, but not surprised...win, or lose, I hope to see a well coached team on the field at Scott Stadium...a team that plays smart, hard and executes the fundamentals...that will bode well for the FCS season...

It should be interesting to see if the Spiders defense can slow down the outstanding Virginia passing attack... and contain the Cavs questionable rushing attack... and if, behind a talented and experienced OL, new QB Reece Udinski can execute our new offensive scheme...moving the ball through the air and running the ball effectively...playing fast...

Coach Huesman said two things that stuck with me this week..."we have to get them on the ground"...missed tackles that lead to big plays kill FCS teams versus BCS opponents...and that no player on the Spiders roster received a scholarship offer from UVA...that means every UR player that goes on the field Saturday has something to prove...

enjoy the season's first Prologue...real football is less than 48 hours away!

Stevenson Brothers to the UR HOF 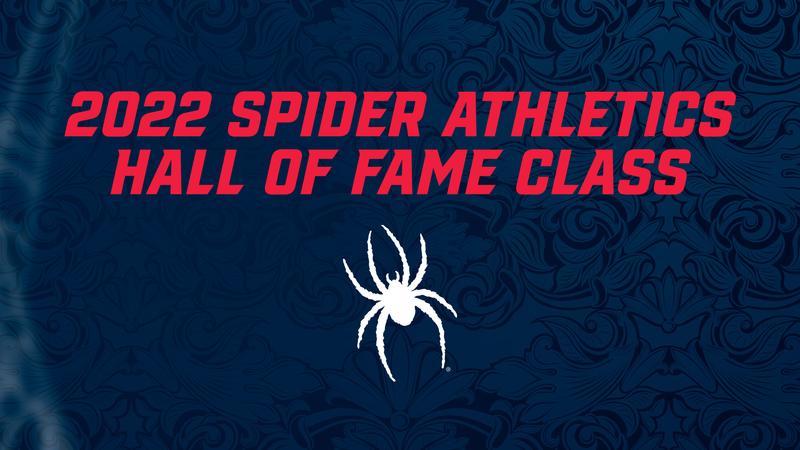 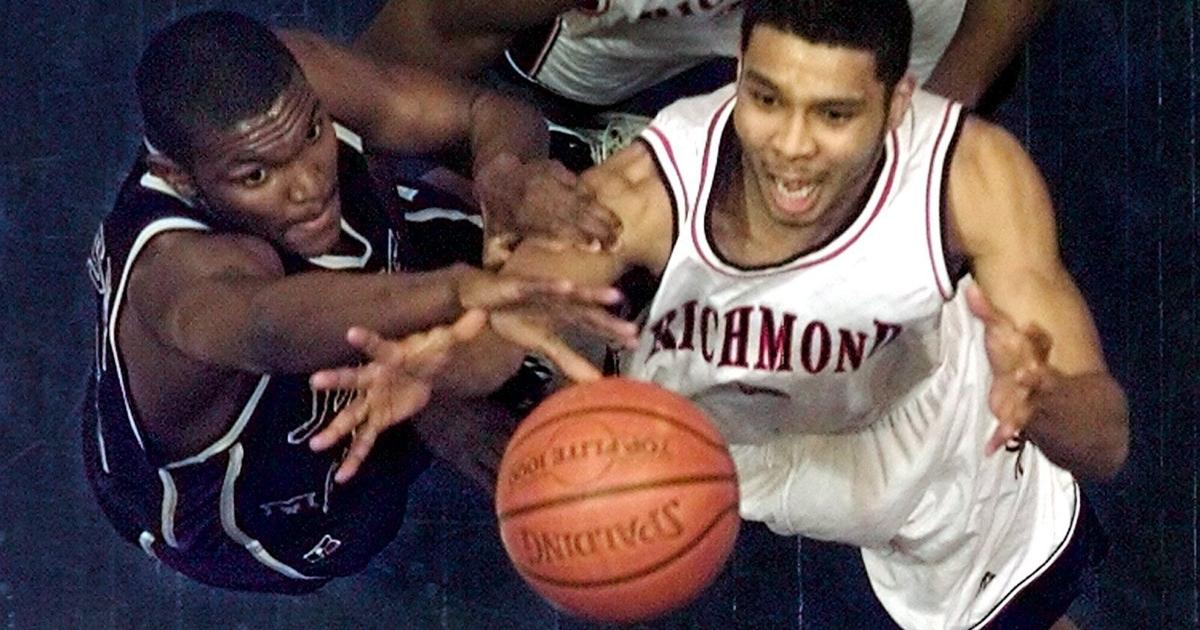 UR’s 45th hall of fame class will be inducted Friday, Nov. 4, and introduced during the football homecoming game on Nov. 5.

I know we don't have room so aren't in the market, but thought I'd take a look. 461 are in the portal now. seems low, maybe due to the coronavirus situation. but saw some names that I thought we interesting including some former message board favorites:

Riley Abercrombie: we lost him to Boise St. he scored 23 points last season. not ppg.
Trey Wertz: he was linked with us early, way before his senior year. had 2 very solid seasons at Santa Clara. averaged 12 ppg, with 40% from 3 last season. has started 58 of 62 games.
3 guys from Cal State Bakersfield.
4 from GW
3 from UMass including Sy Chatman
3 from URI including Dana Tata
Shareef O'Neil: Shaq's kid transferring from UCLA to LSU
Charles O'Bannon Jr leaving USC
Click to expand...
Load more